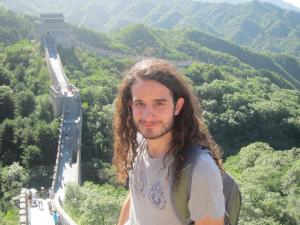 “I felt like an expatriate, like Hemingway or some other Lost Generation type in Paris,” said junior Casey Friedman, referring to his trip to China with four other Marlboro students last summer. “There I was with a small band of my countrymen, surrounded by a foreign world into which we didn’t quite fit. And it was magnificent.”

The students joined Chinese language professor Grant Li for six weeks at the International Cultural Exchange School at Changchun University, in Jilin Province, thanks to support from the Freeman Foundation Undergraduate Asian Studies Initiative. Every morning they had Chinese classes with other students at the school, most of them from Korea and Russia, and in the afternoon they enjoyed cultural activities ranging from kung fu and calligraphy to making dumplings.

“The experience was more about the culture than the language,” said Grant. “Language is a gradual thing, and the instruction was hard for them because the teachers never spoke English. But culturally, you can see the way of life right away. They lived there. They learned where to go, what people were doing.”

The students became adept at ordering food at restaurants, haggling with shop-owners, navigating around Changchun and crossing busy streets seemingly against all odds. “People there have a very different approach to obeying traffic laws,” said sophomore Chad Daniels. “Also, taking Chinese public transportation has totally redefined my understanding of ‘personal space’; entering and exiting buses and subways can sometimes literally mean climbing over 10 or so people.”

The program left room for the students to explore the city on their own and get to know some of the Russian and Korean students who shared their classroom, many of whom spoke English. Grant fondly remembers junior Nick Stefan challenging one of the many men who play Xiangqi, or “Chinese chess,” on the street to a game, and beating him. “I don’t usually play with the people on the street because it’s hard for me to beat them.” said Grant. 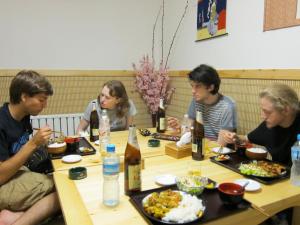 Each student took away valuable experiences that will be integrated into their course of study at Marlboro. For sophomore Megan Reed, experiencing the Chinese language on its own turf ties into her interest in language as a whole. “I’m studying theoretical linguistics, which looks past the basics of language and dives more directly into the foundation of all languages. So knowing more than one language can help to prove points in this field.”

For junior Mike Ulen, who is interested in exploring Chinese folk crafts, especially woodworking, the trip helped put his Plan of Concentration into perspective. He said, “It enhanced my Chinese and made it easier to learn more about China via the vehicle of its own language, which is incredibly important.”