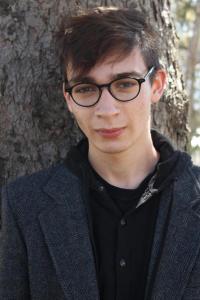 When star marketing writer and freshman Christian Lampart (right, see his article on Paul Nelsen) is not creating powerful press releases or scintillating student profiles, he is interning at the Deerfield Valley News, an independent weekly newspaper out of West Dover, Vermont. “Writing for Deerfield allows me to sculpt my writing to a particular voice and style that encompasses both a Marlboro-esque ease and a journalistic succinctness,” said Christian, who reports on programs and events at the college. “It’s a great opportunity to shed light on an academic environment like Marlboro, for which I truly have a passion, and learn much more about the people I simply ‘see’ here everyday.”

“Instead of translating Buddhist moral thinking into Western categories, scholars will understand Buddhist ethics better if approached on its own terms, an approach that leads to a richer philosophical dialogue,” said philosophy professor William Edelglass. He presented a paper at the Society for Asian and Comparative Philosophy on features of Buddhist ethics shared by Western moral philosophies. The panel was one of two group sessions that he chaired at the American Philosophical Association meetings in San Francisco last March. The other was a panel for the International Association of Environmental Ethics, where he presented a paper on the ways in which morality is embodied in acts of pilgrimage in the Himalayas. 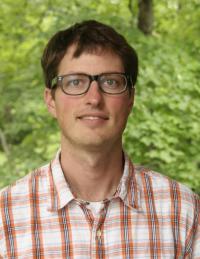 “I had given the composting toilet a pretty serious test drive, and found the throne lacking,” said writing professor Kyhl Lyndgaard (right). His humorous essay on the subject, “Dumping Compost: A Literary Look at Human Waste,” appears in the 20th-anniversary issue of Whole Terrain, the journal of reflective environmental practice published by Antioch University New England. Kyhl also has an essay in the new collection Trash Animals: How We Live with Nature’s Filthy, Feral, Invasive and Unwanted Species (University of Minnesota Press), called “An Unlimited Take of Ugly: The Bullhead Catfish.”

Not one but three Marlboro students in computer science presented posters at the April regional conference of the Consortium for Computing Sciences in Colleges (CCSC), hosted by Siena College in Loudonville, New York. Sam Auciello, whose Plan focused on programming languages, presented a poster about a programming language that compiles to JavaScript, designed for web development. Alex Hiam studied microcontrollers and presented a software library for the BeagleBone, a tiny computer for do-it-yourself electronics. Physics and computing student Chad Daniels created a simulation of an “ideal gas” that runs in a web browser. If you did not understand the last three sentences, consider this one: that’s just three of the five computer science graduates this year, a Marlboro record. 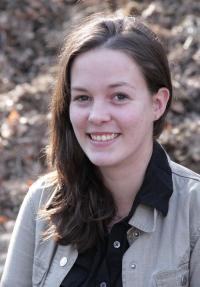 “In the United States, public education has stood apart, physically and philosophically, from the community and society in which it serves,” said senior Maddie Holm (right). “By asking students to participate in other types of learning opportunities, schooling becomes a dynamic process between not just the student and teacher, but the larger community,” Maddie was recognized for her commitment to community with an Engaged Student Award from the Vermont Campus Compact in April. As part of her Plan of Concentration, on the role of community service in education, she talked with students at the local Montessori school about different kinds of community engagement and made ceramic bowls with them for the Empty Bowls Dinner.

“We must enlarge and enrich our definition of ‘value’ beyond the purely monetary,” said Ellen McCulloch-Lovell, president, in a March New York Times editorial. “Students must be prepared for a lifetime of engagement, not for specific jobs that may change or even disappear.” Ellen shared her perspective on the civic value of a liberal arts degree in an ongoing series of NYT editorials on higher education. She also published editorials on related topics in Inside Higher Ed in February and the Huffington Post in April. Ellen suggests that college students stand to gain a broad range of skills, like effective communication and problem solving, that are not considered in the race to quantify a “return on investment.”

Art faculty member Tim Segar has had three shows in the past year, including one that marked the grand opening of a new fine arts gallery at Landmark College, in March. Tim’s work in the inaugural exhibit, composed of steam-bent arcs of oak and ash, explored the intersections between sculpture and drawing. Last October Tim had a show with fellow art faculty member Cathy Osman at the Oxbow Gallery, in Northampton, Massachusetts. One of his pieces in that show, called “The Watchtower,” was chosen for the Biennial Regional Juror’s Choice Competition at the Thorne-Sagendorph Art Gallery, at Keene State College. 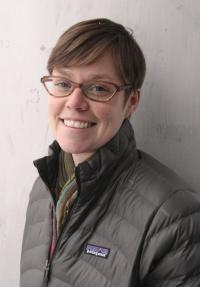 “I really enjoy working with all the creative, flexible, and engaged folks here,” said Amber Hunt (right) reference and technology librarian. Library Journal named Amber as one of 50 librarians who are “movers and shakers” for 2013, citing her efforts to move and shake the college over to using open source systems. Amber led Marlboro to be among the first in the United States to adopt open source software called CUFTS, developed in Canada, to manage its e-journals. “Using open source library software improves our services and budget, and also allows us to participate in a software community that basically uses what academics call a peer-review process to make improvements.”

Marlboro’s professor of French, Boukary “Abou” Sawadago (below), has had a busy year already, and it’s only summer. In February Abou authored a new book on films from Mali, Cote d’Ivoire, and other West African nations, titled Les Cinémas Francophones Ouest-Africains. “The book is a study of films through the prism of marginality,” said Abou, who came to Marlboro in September. An article about Abou’s own recent documentary film, titled Salut Y’all, was featured in Burkina Faso’s popular news website LeFaso in January. The film, which profiles African educators teaching French in Louisiana, screened in St. Louis in March and Cameroon in April as part of the Africa World Documentary Film Festival.

For the most up-to-date scoop on what’s going on around campus, see: