Wilmot Whitney Jr., former student
Formerly of Weston, Massachusetts, and Croydon, New Hampshire, Wilmot Whitney Jr. died peacefully in Vermont in January, at the age of 85. Wilmot served in the U.S. Navy during World War II and attended Marlboro in the pioneering years of 1947 and 1948, with an interest in economics, after transferring from Harvard University. He established Wilmot Whitney Inc. Real Estate in Weston, Massachusetts, in 1973, and had a reputation as an engaged community member. He was elected president of the Greater Boston Real Estate Board and over the years was a member of Weston Rotary, Weston Police Department, Weston Golf Club, and the Hollywood Club in the Adirondacks. Wilmot was an avid outdoorsman and enjoyed skiing, boating, hunting, fishing, and camping with family and friends. He is survived by his wife, Martha, four children, and five grandchildren.

George Richards ’53
George “Rip” Richards died peacefully in his sleep in February 2013, at the age of 85. Rip grew up in Springfield, Pennsylvania, with summers on the water in Ocean City, New Jersey. He joined the U.S. Navy in 1945, and he remained in the Naval Reserves until July 1954. Rip graduated from Marlboro College as one of the original G.I. Bill recipients, with a course of study in forestry, social studies, and, according to him, “driving President Hendricks to distraction.” He said that Marlboro “Sent me out a radical in the true meaning—to search for truth, get both sides of the story—I learned how to disagree undisagreeably.” After Marlboro, Rip began his long career at Holderness School, New Hampshire, as a math teacher and coach of football, hockey, and baseball. Following several successful years in the classroom he became director of buildings and grounds and held that position for the next 25 years. Rip also spent many hours clearing and maintaining trails for the Squam Lakes Association and U.S. Forest Service. He also donated his time and expertise for many years to the Green Mountain Horse Association. He was a dedicated volunteer firefighter in Holderness and in North Pomfret, Vermont, where he moved after retiring from Holderness School and where he enjoyed the daily routines of a small farm. Rip is survived by his wife, Mary, five children, a “gaggle of grandchildren,” and Rebecca Bartlett ’79, his niece.

Dexter Burley ’68
Dexter Burley of Newbury, New Hampshire, died in December 2012 from leukemia. He was 68 years old. Dexter transferred to Marlboro from Boston University and graduated in 1968 with a Plan of Concentration in history and sociology, with a focus on the history and culture of Ethiopia. He married Stephanie Lovejoy ’69, and they had two children, but later divorced. Dexter went on to receive his master’s and doctorate degrees in sociology from the University of New Hampshire and completed postdoctoral study in gerontology. Dexter spent several years teaching sociology at Augusta College, in Georgia, and founded the Augusta Institute of Aging, a consortium dedicated to improving the quality of life for older persons. He became the director of gerontology at University Hospital, in Augusta, and later executive director of the Massachusetts General Hospital Geriatric Medicine Unit. When he retired, he was scholar in residence at Colby-Sawyer College. Dexter was involved in many community activities and was part of a U.S. delegation of gerontologists to the People’s Republic of China in 1984. In a Boston Globe article on the subject of aging, Dexter wrote, “In America the pursuit of youth is so pervasive that we have lost sight of the valuable experience, creativity, and problem-solving ability of our older adults. But we can solve this problem. All we need to do is listen carefully, listen often to the elderly.” Dexter is survived by his daughter, his son, and four grandchildren. 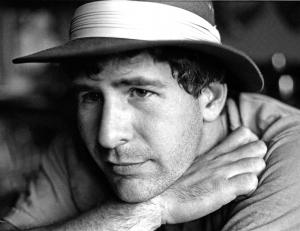 Roger H. Katz, 65, died in April in his home in Vermont, following an extended illness. After growing up in the Detroit area, Roger attended Marlboro, where he said he was referred to as “the guy with the camera,” in the late 1960s, with a course of study in physiology. He remained a loyal resident of the Brattleboro area after that time, although he received his bachelor’s degree in physiology from the University of Michigan in 1971 and spent time touring through Europe and the Middle East during the same period. Well known in the Brattleboro community as a professional photographer, Roger established two photography shops, Elliot Street Camera and Photo 101. His most recent business, Black Mountain Studios, was operated out of his home in Dummerston. He had also been recently employed at Omega Optical in Brattleboro, working for his friend Bob Johnson, whom he first met as a fellow Marlboro student. In conjunction with his passion for photography, Roger enjoyed cycling, contra dancing, cross-county skiing, snowshoeing, and time spent in the woods. He could often be found at Marlboro College events, usually “with a camera,” and was a great advocate of alumni engagement with current and prospective students. In a similar vein, Roger thoughtfully bequeathed some of his considerable collection of equipment to the photography program at Marlboro, as well as a generous financial gift.