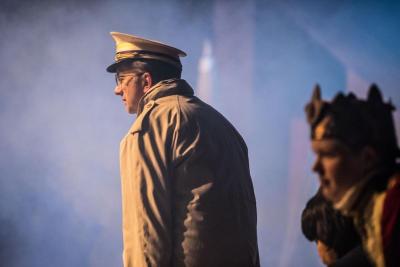 “Oh, what sad times are these when passing ruffians can say ‘Ni’ at will to old ladies,” said Ian Bates ’19, a.k.a. Roger the Shrubber, in last fall’s production of Marlboro College and the Holy Grail (see Events). “There is a pestilence upon this land; nothing is sacred. Even those who arrange and design shrubberies are under considerable economic stress at this point in time.”

Times are indeed dark and divisive, and one would be excused for perceiving a certain melancholy in this issue of Potash Hill, from Sophie Gorjance’s peek into dystopian linguistics to Marcus DeSieno’s disconcertingly stark and beautiful landscapes. Morgan Ingalls’ account of researching nocturnal, cave-loving, snaggletooth mammals threatened by a mysterious plague could be construed as positively gothic in its darkness, but there is another side to these stories, of course.

Ralph Waldo Emerson said, “When it is dark enough, you can see the stars.” It often takes a step into the unfamiliar to make new discoveries, gain new perspectives, touch the ineffable. That’s true whether the path leads to post-apocalyptic fiction, surveillance technology, or dank, claustrophobic caves. Or long, snowy winters at a tiny college on a hill, for that matter.

In this period of uncertainty, nationally and around the world, I am grateful to be part of a strong campus community that strives for honest, creative inquiry, one that is open to diverse thoughts, races, religions, and backgrounds. In recent months Marlboro College has redoubled its commitment to diversity and inclusion, including a new task force on making the college a safe and welcoming place for international students. Like other community members, I value the college’s founding principles of democracy and its practices that promote citizen engagement and global perspective.

I welcome your diverse thoughts on this issue of Potash Hill, or on the place of Marlboro College in an uncertain world. What did you discover at Marlboro, and where did that lead you? Share your perspective with us at pjohansson@marlboro.edu.

—Philip Johansson
a.k.a. Boat-keeper at the Castle Aargh (see photo) 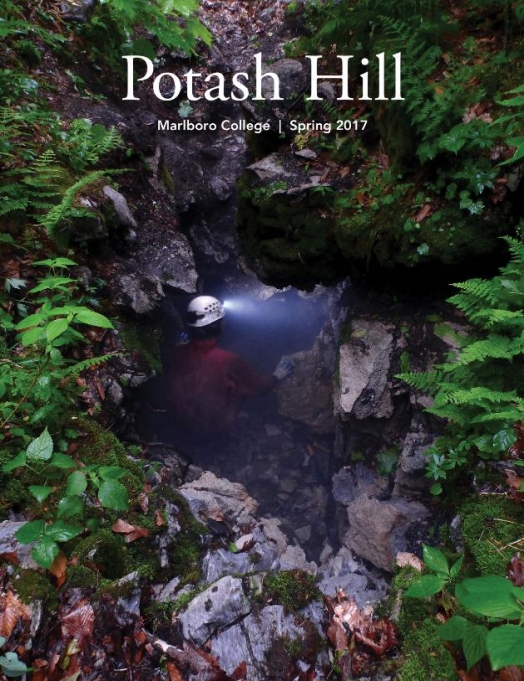