by Sari Brown ‘11
As part of her field research project working with the Methodist Evangelical Church in the Bolivian Andes, Sari Brown facilitated a gender equality workshop at a Mother’s Day celebration. An excerpt from her blog gives insights into the lives of women and men who participated in her research and the cultural obstacles to gender equality.

In the rowdy competitions that followed lunch, some women proved their ability to peel a potato with a kitchen knife in 10 seconds flat, while keeping the entire skin intact. Equally impressive and equally brief was a hair-braiding match, in which they had to braid one side of their long, thick, black hair, even managing to incorporate the tullma that holds the braids together. Still others got up and rattled off a list of Bible verses, with reference numbers; I would have been hard-pressed to name just one of them. One woman, a very young-looking cholita (an indigenous Aymara woman of the city) who fascinated me from a distance with a wry smile, a fire in her eyes and a baby boy at her breast, got up and sang the verse of a hymn in the most haunting warble I have ever heard.

What lifted my spirits most of all, however, was the gender dialogue we had the next day in the hospedaje (a dorm owned by the church) in which my fellow female youth affirmed their refusal to live with domestic violence, or even with partners who didn’t respect them as equals. They insisted on not giving a damn about el qué dirán (fear of “the what-will-they-say,” which seems to keep women here trapped in all kinds of ridiculously compromising positions), and on doing what makes them happy in life, above all. Near the outset of the dialogue, one young woman announced, “I don’t want to focus on women’s suffering and problems. I want to talk about what’s good about women. I want to talk about solutions to these problems.” 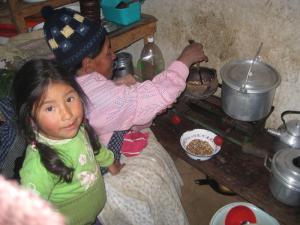 Yet at every workshop I have facilitated, in almost every interview I’ve carried out and even in many casual conversations I’ve had about gender inequality here, women cite the primary cause of gender inequality as women themselves. In this gender dialogue, participants insisted that the valiantly tolerant battered wife and sacrificed mother stays in such a situation and suffers not because it’s actually better for her children but because she wants to suffer.

Other women have pointed out that mothers are often the most consistent inculcators of machismo in their sons, because of the way they divide up household labor and discourage caretaking or sentimentality in boys. Still others have blamed women for men’s dominance in public discourse, given that women themselves willingly hand the reins over to the men, preferring not to risk saying something stupid in public or declining to push themselves to become better educated or develop leadership skills when men already seem to fill those roles just fine, thank you.

When I hear these things, I feel stuck between a rock and a hard place in terms of how to approach gender inequality here in Bolivia. On the one hand, I know these assessments of some women’s own fault (and own choice) in perpetuating gender inequality are in many ways true. On the other hand, like the good postmodernist ivory-tower-dweller that I am, I know that oppressive structures maintain themselves through hegemony—convincing the masses of the naturalness and even goodness of their own dehumanization. In this sense, I wonder how to approach those women who blame their mothers, sisters and best friends for tolerating deplorable inequalities and mistreatment. How do I convince these harsh critics of their own gender to walk the delicate line between challenging other women’s complicity with gender inequality and fruitlessly blaming the victim for all her problems? Moreover, how do I learn to walk that line?

But the biggest challenge, perhaps, is not convincing women whether, or how, to change their position in society, but rather involving men in this project. After carrying out dialogues with the women in the hospedaje, I turned equal energy and attention to carrying out dialogues with the men, with the help of my two male research assistants. I wanted the men to feel they could speak honestly and freely about their perspectives, rather than feeling that they had to heap praise on women or on the project of gender equality. Thus, I decided to entrust Eddy and Rober to carry out the dialogue without me, as I imagined the fact of my having a vagina could hamper the confianza between the men in the room.

One morning, on a national holiday, we managed to wake some eight or so of the hospedaje boys. As might be expected from their reluctance to participate, the men weren’t quite as enthusiastic or thoughtful in their responses as I would have liked. Part of the problem, I realized, was my assistants’ lack of understanding and ability to clarify the theoretical concepts they presented. But in addition, a factor that we could not control was that all of the men maintained an uncritical denial of the existence of any significant problems with gender inequality hoy en día (in this day and age). 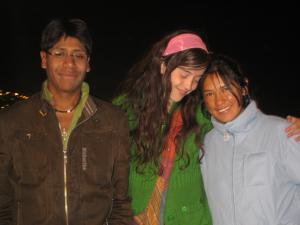 When Eddy and Rober asked for examples of the differences between men and women according to their cultural context, most of the men failed to elaborate even on such “givens” as women’s place in the house and men’s place at work, or women’s sentimentality and men’s stoicism. Most of them simply said, “Really, hoy en día, there is no difference between men and women. Women have all the same rights and can do all the same things men do.” Given that I had just finished reading a laborious, 175-page sociological report on the gender breach in all aspects of Bolivian society, this response on the part of my hermanos made me want to bang my head against the wall. The report indicated, for example, that women politicians are customarily sexually harassed to intimidate them into stepping down, that men in the majority of couples have control over family planning, and that seven of every ten women have experienced violence in the home.

I realize that the problem is a structural one. Just as women who seem to choose to remain in a position of subordination can’t be personally blamed for this choice, men can’t be personally blamed for their uncritical consent to a system of inequality that is as natural to them as the thin highland air. Nonetheless, although it may be no man’s intention, I found that even basically decent men in this community engage in concrete actions and behaviors that serve to oppress women. This would need to be addressed if the radical egalitarian vision espoused by the Methodist Evangelical Church is to be realized, a vision that is particularly relevant to the marginalized indigenous communities that make up the Church’s majority.

Gender dialogues can help elaborate and clarify cultural ideals, and they can also help concientizar the participants (make them aware) and thus eventually change practices and entire realities. However, the most significant factor is how we, as men and women, actually relate to each other on a day-to-day basis, and how we might implement change into habits that seem as old as time. As Eddy always says, “Gender inequality comes from antes (before), from our ancestors, from the way it’s always been.” But stereotypes, social structures and cultural norms aren’t people. People are much more mercurial, quirky, adaptable and ultimately joyful in their daily lives.

Maybe gender theorists have much to say about how the woman in El Alto who won the potato-peeling contest is seriously, tragically limited to finding her worth only in menial domestic tasks. But that devilish grin on her face as she stripped that potato naked and let a perfect, continuous spiral of skin drop to the ground was enough to convince me that she genuinely does find joy in her everyday potato-peeling life. The differences between men’s and women’s opinions as voiced in a gender dialogue are only a tiny part of the story of how they relate to each other, love each other and infuriate each other “in this day and age.”

You can learn more about Sari’s study of gender in Bolivia on her blog, kristiyanutimpu.blogspot.com. Kristiyanu timpu means “time of the Christians” in the Bolivian indigenous language of Aymara, reflecting their embrace of Christianity since the Spanish conquest. 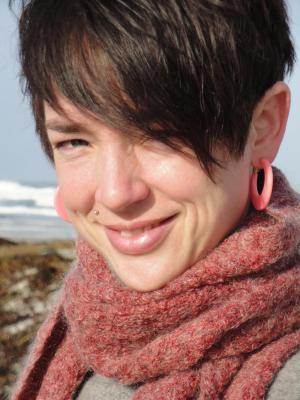 “Bringing injustices to light is contagious, buoyant and spreading,” said Choya Adkison-Stevens ’04, a community engagement coordinator at the YWCA of Greater Portland. After four years as a primary advocate at the Y’s domestic violence shelter, Choya’s new role allows her to branch out and start exciting new projects, including training communities on elder abuse, survivor-centered services and housing advocacy. “I am constantly striving to meet people right where they are, with the right mix of compassion, information, openness, humor, gravity—and sometimes succeeding. I know I’ve done well when I get a phone call from a woman I worked with four years ago (as happened last week) and she just wants to check in, catch me up on her kids’ lives, let me know she’s ok.”