In Cures for Hunger, Deni Béchard relates the story of growing up in British Columbia with a reckless father who has a mysterious past. In this excerpt Deni’s mother has left his father and moved to Virginia, but he can’t escape the feeling that his father holds the key to understanding himself.

Another card had arrived. It bore glittery words, “Thinking About You.” Inside was his number, nothing else. As if in a movie about prison, I felt like an inmate who receives a gift in which the means of escape are hidden. I left the house and went down the highway to the 7-Eleven. 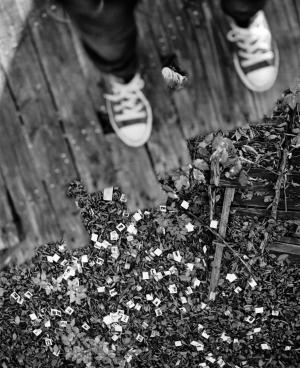 A storm was blowing in, the sky dark and the power lines swaying. Trucks slowed and chugged into turns where the highways intersected, and after I dialed collect, his voice came thinly onto the line.

We hadn’t spoken in months. He sounded different, reserved and unsure of himself, nothing like what I’d imagined since my mother had confessed his crimes to us.

“Oh,” he said. He asked how my brother and sister were, and I said, “Okay.” I talked a bit about rebuilding an old motorcycle I’d found in the barn where my mother kept her horses and a leather jacket I wanted. But then I ran out of things to say and we were silent for so long that I knew I had to tell him, that I had to share the only thing I could think about.

“She told you what?”

Clouds were moving in, drawing evening with them.

“What did she tell you?”

“She didn’t say much. I was the one who asked. I guess I already knew.”

“You already knew what?”

“That you’d been to jail. I was proud of you. She said you robbed banks.”

Again the long silence. Wind blew through the dust of the parking lot, knocking a crushed Styrofoam cup against the brick wall.

“She said that?” he asked, softly.

“I want to know about what you did.” 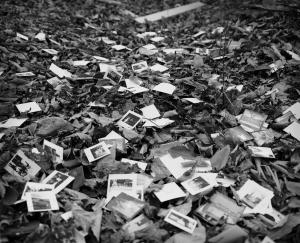 “I want to know everything. It’s amazing. No one else has a father like you.”

He was breathing into the receiver.

“What do you want to know?”

“About the banks. Did you only rob banks?”

“What else did you rob?”

“You want to know about this? You’re proud?”

I’d been almost panting, my heartbeat too fast. I sensed how much of a stranger he was. Four years had gone by, and I’d imagined him as he was before, living in the same house, driving the same car. But from the way he spoke, the care with which he chose his words, I knew he’d changed.

“I robbed banks,” he said. “It’s true. I robbed a lot of banks. And jewelry stores.”

“Burglary is when you go in at night and take everything. You go into the vault. Robbery is with a gun. Anyone can do that. But burglary takes brains.”

The image of him with a gun, robbing a bank as if it were nothing, impressed me, but burglary didn’t interest me at all.

“What about the jewelry stores?” 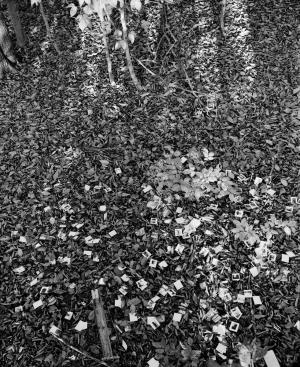 “Lots of them,” he said as if to please me. “I unloaded what I got with the mob.”

“It’s not that big of a deal. It’s pretty common. I probably robbed—I don’t know— fifty jewelry stores, too. It was like a job.”

His voice became hoarse, and he coughed. I asked how bank robbery worked, and he told me about surveillance, knowing what time the armored truck came on payday. That’s when the tellers had more money. He hesitated, clearing his throat, and said, “Anyway.”

I could hardly breathe, hardly think of what to ask next. I had so many questions. I wanted him to speak, but he grew silent. Then the words came out of my mouth.

“Have you ever killed anyone?”

Rain had begun to fall, striking up the parking lot dust, the sky flat and low and gray, the wind strong.

“No,” he said finally, his voice so hoarse he was almost whispering. “Listen, Deni, I got out of crime because of you guys. I wanted a family. I didn’t want to go back to jail and not see my children. That’s why I stopped.”

The downpour began in force, gusting under the overhang, soaking me where I huddled at the phone. Lightning flared beyond the highway, illuminating the cluttered rooftops of a subdivision. Thunder shook the ground, and the line went dead.

I hung up and pulled my jean jacket over my head and ran home. 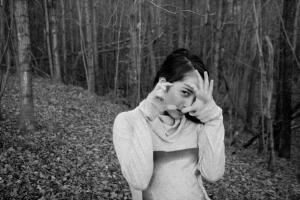 “The reality of the photograph is not proportionate to the truth in it,” said senior Thea Cabreros, who is working on her Plan of Concentration in photography and literature. “I feel that I have arrived somewhere when the contradictions of the photographic medium engage with the paradox of the project.” In her reading, Thea is comparing the often contradictory ethical views of Albert Camus and Fyodor Dostoevsky, but it is through her photography that she is more freely able to explore and confront the issues of constructed meaning. “When I take a photograph I am always (secretly) striving toward the utopian goals of perfection and unity. Of course, this refuses to be captured.”