Potash Hill: You grew up in an unusual and, let’s say, at times problematic family. How do you think your upbringing has influenced your writing?

Deni Béchard: I think that my childhood gave me an interest in subjects that have been present in my writing for a long time: violence, displacement, mysticism, the experience of the outsider, the transformative power of art and just about any sort of extreme behavior. Also, from a young age, I used reading and writing to create a sense of continuity and coherence in my life, and this has become a theme I’ve often explored: the way we use stories to create meaning and fashion identities.

PH: In Cures for Hunger your father tells some truly amazing stories that seem hard to believe. To what degree do you believe them, and what effort did you make to fact-check? 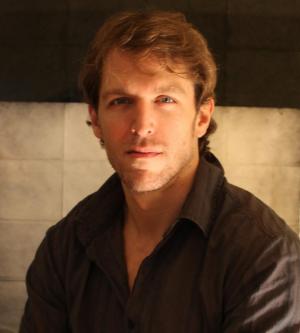 DB: I think that his stories are largely true, though I’m sure that he often exaggerated or adapted them based on whatever he was trying to convey in that particular moment. He retold them often, and depending on his mood or what had happened recently in his life, he emphasized certain details. He might also have claimed to have robbed more banks and jewelry stores than he actually did, but I’m not sure. Most robberies are thought to be committed by serial bank robbers, so 50 doesn’t sound like a lot when we consider that he made a living as a criminal for more than a decade. As for fact-checking, I didn’t do any. A factual account of my father’s life isn’t of use to anyone, and he used so many different names that I’m not sure it could be had. Rather, I wanted to write about the influence that his character and his stories (true or not) had on me, and what it was like to grow up with a bank robber for a father. As a point of interest, Maisonneuve magazine ran an excerpt, and their fact-checker found an article that almost perfectly matched my father’s account of his 1967 burglary in Hollywood.

PH: You wrote your first draft of this memoir soon after your dad passed away, in 1995. What has been your process for completing it in the meantime, and how has it changed?

DB: The memoir in its current form barely resembles the book that I wrote immediately after his death. For about a decade, I worked on it with the intention of making it into a novel before I accepted that I was writing a memoir. Though some of the material from the various versions is still present, the book in its current form took shape during a winter that I spent in Kabul. I was struggling to write about Afghanistan, and one day, standing on the roof of my apartment, it occurred to me that I was failing to see the joy in people’s lives and was focusing excessively on hardship and failure. I thought back to the memoir and realized that I hadn’t told that story properly either, that even though my childhood was chaotic, I’d enjoyed it—in fact, largely because it was so chaotic. Things that happened later overshadowed that, and I went back and rewrote the book trying to recall how I’d felt as a child and the solutions I’d found growing up. The solutions of youth often seem obvious as we get older, but they have the power of revelation to the child.

PH: How has your perception of your father changed as a result of writing Cures for Hunger?

DB: I think that writing the memoir made me see him as a much more complete and nuanced person. It forced me to examine how he changed and the details of his character, and increasingly, I saw that I hadn’t fully understood him—that, in many ways and despite his flaws, I was the culprit in several parts of the story.

PH: The book includes some touching anecdotes from your years at Marlboro. How did your time here help shape your writing in general and/or this book in particular?

DB: Marlboro offered me a sanctuary. I’d been bouncing from home to home, trying to direct my ambitions, and being at Marlboro both grounded me and helped me develop my goals. As for writing, I had the time, encouragement and freedom to experiment with language and form, and to begin finding my voice.

PH: What are your plans for any upcoming writing projects?

DB: I am currently finishing a nonfiction book about a group of conservationists working in the Congo rainforest, and it’s due out in 2013. I also have a novel about Afghanistan that I’ve been working on for a while, and I hope to go back to that full time in a few months. In general, I would like to alternate between nonfiction and fiction. Fiction is my first love, but nonfiction puts me in situations that I wouldn’t otherwise experience and that make me see the world differently. Also, finding narrative solutions in nonfiction makes me think more creatively about fiction, and vice versa.