How did people communicate over long distances before the advent of telegrams, telephones and tweets? History professor Adam Franklin-Lyons believes he has found some new answers for 14th-century Spain.

his article is really two stories in one. The first story is an astonishing fact about medieval Spain; the second story is about how we as professional historians often do our research. Not to leave you in suspense, here is the astonishing fact: the official mail couriers for the Valencian city government and for the courts in Catalonia ran far and fast.  The fastest time I have found so far in my documents is 350 kilometers (217 miles) in only three days. At that rate, you could take off from the front door of the Marlboro dining hall Thursday morning and arrive on time to a Saturday night concert at Carnegie Hall. No horses, no relays, just running. They frequently averaged 90 kilometers a day or more, though their slower journeys were at a rate of only 50 kilometers a day. I will come back to what this actually means for medieval history in a second, but for now, let’s talk about the “slower” half of the story: how historians do their job.

Last summer I spent most of June on a research trip to Spain. My normal work revolves around agricultural production, trade and famines in the Mediterranean. I spent some time in Barcelona looking at historical hospital management records to try to understand how people treated the sick and the poor in the 14th century, and then I took a short trip to Valencia to continue work on their control of grain imports. I only had a couple of days, so I proceeded through the documents as quickly as possible. One set of documents that I used—a common source for looking at grain trade—records the payments made by the exchequer of the city (known in Catalan as the clavaria) for any official city business. The clavaria pays for anything from provisions for city festivals to construction of walls or public buildings. I was looking for a subsidy, called an ajuda, that the city offers to grain merchants when there is a food shortage, to encourage imports. The subsidy is a good indication of when the city starts to be concerned about the quantity of grain in the market, which is often long before anyone official actually starts complaining about major shortages or referring to a “famine” in official letters. Since I only had a couple of days in Valencia, I was trying to move quickly. Fortunately, they let you take photos at this particular archive, so my method was to thumb quickly through the book, taking a picture of any page that mentioned the grain subsidies without paying particularly close attention to anything else on the page. 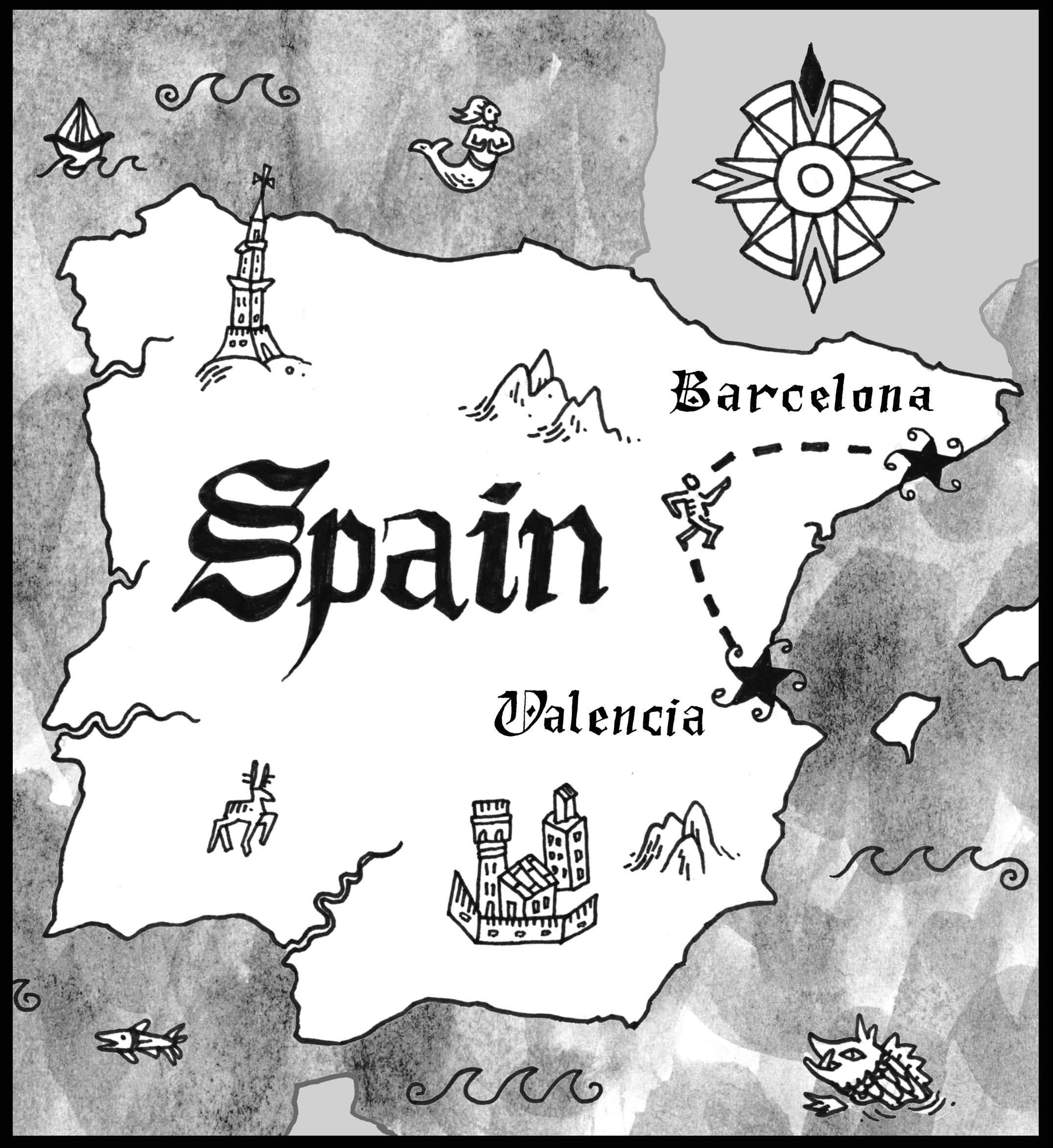 A month later I was sitting in a café back in Brattleboro reading more carefully over my images of the documents. This time, I not only took detailed notes on the grain imports—where they came from, how much the city paid, quantities of grain, etc.—I also read over everything else on the page just to see if something interesting popped up. On the very first page, the first item was a payment to a man named Bernat Sala, titled “oste de correus,” basically the postmaster. The first time through I noted only that the city paid Bernat a salary, which he in turn paid to a courier to deliver a message to Castile regarding the possibility of war. The trip took 25 days, which seemed reasonable to me at the time; even in retrospect, this is not remarkably fast. On the seventh photograph, there was another payment to Bernat Sala, but I largely ignored that one since I figured it would be similar to the first record I had read. Finally, on the 15th photo, I noticed a payment to Bernat Sala that said that one of his runners had travelled to Barcelona and back in seven days. I have taken that trip by train a couple of times and it did not seem short to me, or possible to walk in such a short time. So, I went to my preferred online map program, asked for directions from Barcelona to Valencia and got back 348 kilometers. At that point I was dumbfounded: a 700-kilometer journey in six days. This is the speed mentioned in the first paragraph, and it is clearly astonishing (if you know anyone who runs marathons, or even ultra-marathons, ask them—they will be shocked). From then on, I wrote down the details of every trip I found mentioned in payments to Bernat.

Among these trips, certain particulars started to become clear. Some trips, almost always during a crisis, were labeled “in a hurry.” These were usually important diplomatic communications, information about battles or (relevant to my research) runners sent to find out the price of grain in neighboring cities during a shortage. The initial trip I discovered to the court of Castile, probably held in the city of Burgos that year, does not say that they were sent in a hurry. The runner carried normal diplomatic letters and probably made the trip on a more or less regular basis to maintain communication between kingdoms. Faster trips represent emergencies, and the runners got paid accordingly. On the 25-day trip to Castile, the runner received four solidi per day—about double what an agricultural laborer made in a day—a good wage, but not extravagant. The runner who made the fantastic round trip to Barcelona in under a week? He received a salary of 22 solidi  per day, plus 66 extra solidi as a reward for such a swift trip.

I have found no indication anywhere that they ever used horses. While I cannot be absolutely certain why, I know that horses are more expensive to keep and maintain. Additionally, horses provide the greatest speed advantage when used in stages (as later mail services would do—think pony express). Stages necessitate way stations and even greater infrastructure investment; they are also quite vulnerable in unstable political situations. I currently think that individual runners were more reliable and also less conspicuous, without sacrificing a great deal of speed. 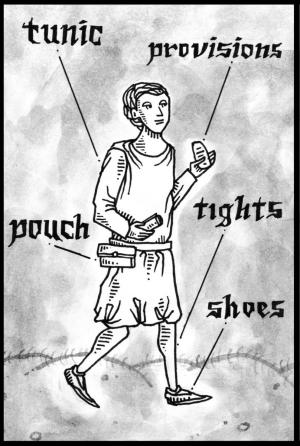 The runners carried only the smallest amount of weight. They ran in a tunic and tights with fairly ordinary shoes and carried a small pouch that held their letters as well as some sort of provisions. The clothing might not seem like ideal running gear, but compared to the heavy wool robes or cloaks worn by most people, even in hot weather, this outfit does begin to feel light and efficient. I know from another note in the clavaria that Bernat Sala purchased a large amount of candied fruit, “for the runners,” so I assume that provided the short-term energy needed to keep moving. The letters themselves, the primary reason for the journey and the speed, communicated all manner of information between officials, nobility and city leaders: news of war, official treaties, requests for purchase of grain, sometimes promissory notes to pay for major purchases or even bribes to influence events at court.

This small glimpse of so many letters moving back and forth illustrates an impressive amount of written communication; and their sometimes incredible speed challenges several assumptions I previously held about medieval Europe. It means that many more people would have had extensive access to recent information. People did not make decisions in a vacuum, unaware of what was going on even in the next village. I am fairly certain that during times of crisis the runners would not have been willing to share the contents of their communications with any old villager on their route (and come to think of it, I am not even certain they would have been able to read or even known the content of their messages). However, we do know that even illiterate citizens of towns knew a great deal about their town’s decision-making, laws and recent events. If official news from fairly great distances got included in this mix of knowledge that people had, it probably meant that the citizens knew about happenings in other regional centers as well. Through day-to-day market travel and more mundane communication, this means that people within as much as 40 miles of Valencia could also have known, to a greater or lesser degree, what was happening in the larger city, and by extension news from across much of Spain, on a fairly regular basis. Drawing circles of the spread of this knowledge around every sizable city in the region (Barcelona, Tarragona, Lleida, Tortosa) starts to cover a significant percentage of available space. It starts to feel like news could travel very far, very fast, and penetrate quite deeply within medieval society. All but the most remote villages could have had some sort of access to the goings on of the greater world on a semi-routine basis. This integration far exceeds what most medievalists I know would have considered normal.

To end back on my second story about historical research, I don’t know how true all this is. I only have around 15 trips by runners over the course of a six-month period. I will need to cover all of the payment books (around a dozen volumes, if I remember correctly), compiling a large list of trips and trying to answer a variety of questions: Did they go slower based on the season? Do they ever work with other runners hired by other cities? Who else did they communicate with besides their official handlers? How small of a city might have had professional runners? For now, I know none of those things. Future work will involve returning to my newly discovered source, but also hunting for new sources now that I have new questions. Truth be told, that hunt is why many of us go into history in the first place. Sure, writing up findings and the sense of accomplishment in finishing a project is great. But having unanswered questions—perhaps questions never before asked —that is what historical research is all about. That is exciting.

Adam Franklin-Lyons teaches history at Marlboro, with a particular interest in the economic, social and environmental history of the Middle Ages. This article is loosely based on a paper Adam plans to present at the Plymouth Medieval and Renaissance Forum in April. 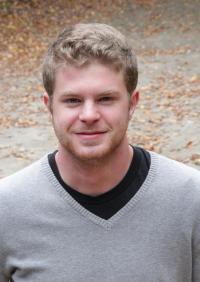 Will Mikell ’13 first became intrigued with the bone physiology of running after reading Born to Run, the story of Mexico’s Tarahumara people who are known to run hundreds of miles without rest or injury. A premed student with a Plan of Concentration in biology and literature, Will explored recent research on the mineral bone density and skeletal health of marathon runners. His independent project compares barefoot runners to “shod” runners. “Running shoes have these big chunky soles, and they’re really quite detrimental to your skeleton,” said Will. “We didn’t evolve to include ‘heel strike’ in our running gait, and it actually causes damage to the shins, knees, hips, back, everywhere. A lot of the athletic injuries that you hear about now didn’t happen before thick-soled running shoes were introduced.”