When Japan was rocked by the earthquake, tsunami and nuclear disaster of 2011, Drew Tanabe was in the middle of an internship with the Hiroshima Peace Culture Foundation. His experience helping communities rebuild after the disaster gave him hope for Japan’s social and ecological sustainability.

On March 11, 2011, an earthquake and tsunami left a string of destruction and loss along some 600 kilometers of Japan’s coastline, from Chiba Prefecture to the northernmost island of Hokkaido, nearly half the length of the archipelago. Of the 19,000 persons dead or missing nationally, the small northeastern city of Kamaishi in Iwate Prefecture accounted for 4,000 confirmed deaths. Having been in Japan at the time of the tsunami, I decided to head to the northeast to contribute to the reconstruction effort. After my internship concluded in early June, three months after the disaster, I packed my bags and took a two-day bus ride from Hiroshima to Iwate Prefecture.

A friend working for UNICEF helped me to organize a monthlong trip along the coastline, hard-hit by the tsunami. In my time in the Iwate, I worked digging mud and debris in Miyako, Rikuzen-Takata, Otsuchi and Kamaishi. While working as a farmhand and carpenter on Toru Sakawa’s farm, near Hanamaki, I had the opportunity to help with a project re-electrifying Kamaishi. At the time I was particularly excited to help build solar panels, but since then I have also come to recognize the importance of the network of people that Sakawa had organized.

On our first day of the job, we pulled into the dusty parking lot of Kamaishi preschool to find a small playground, squat and nestled among the tightly packed residential houses. If you drove another two miles past that dusty playground, the winding residential roads and tight urban blocks would yield first to the half-toppled stores in the small downtown and then to unfolding grids of house foundations that stretched to the port at the focus of town. The tsunami had ripped through Kamaishi and left a disabled city, short on electricity, heavy on infrastructural damage, with thousands dead and many more missing, likely swept to sea. 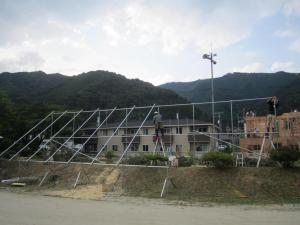 I arrived with a Japanese carpenter in a tiny pickup truck that barely fit the two of us, after a cramped ride from the farm where we were working about an hour inland. When the second truck showed up with two other carpenters, we unloaded our metal pipes and sipped some water. That hot July day we broke ground on a project to install a major photovoltaic system on the playground that would provide 100 percent electrical offset for the pre-school and help to electrify the surrounding neighborhood. Over the next three days we erected one of three three-by-ten-meter frames to hold the solar panels, and dug the foundations of two more.

Everyday around four o’clock the preschool would be let out and parents would walk through the small parking lot to collect their children and head back down the street. As the frame took shape and rose some three meters off the ground, one mother stopped near the bottom of the metal skeleton and showed her four- or five-year-old son what we were working on. She leaned over to point up at the three of us, hanging like monkeys and ratcheting joints into place, and explained that there would be big black panels on there soon that would make electricity for the school. She noted that the electricity came from the sun and not a power plant. What she didn’t mention was that this electricity was filling the void left by the shutdown of nuclear power plants throughout the country in the wake of a triple reactor meltdown in nearby Fukushima Prefecture following the tsunami.

Hearing our project explained to a child who would ultimately be benefitting from the work gave me a deep sense of satisfaction, a realization that through my physical labor I was contributing something tangible—safe, clean, locally owned electricity production—to this small neighborhood faced with such cosmically large hardships. Perhaps that child had lost his father or sister or brother in the tsunami, and there is no doubt that he would face the possibility of radiation exposure from nuclear meltdown in Fukushima. But this photovoltaic system would help to reduce the possibility of nuclear accidents in the future for him and his community.

More importantly, hearing that story made me realize that I was acting as part of a larger educational project that was spreading the message of clean energy throughout the northeastern disaster zone. Sakawa, a committed permaculture farmer and advocate for green lifestyles and technologies in Japan, did much more than run the farm where I was working that July. He was connected with a group of social entrepreneurs, farmers, agricultural workers, carpenters and electronics store owners who were mobilizing funds, labor, expertise and equipment to provide renewable power to municipal buildings along the coast of Iwate. Among other projects, Sakawa and partners had recently finished a 100-kilowatt installation at an elementary school in the nearby hard-hit city of Rikuzen-Takata. By placing these installations in small community settings, Sakawa and his associates were not merely providing vitally needed electricity to hard-struck areas. They were bringing local community members into direct contact with clean technologies and the concept of small-scale distributed electricity generation. 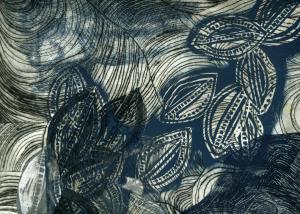 Civic ecologists, like Keith Tidball and his colleagues at Cornell University, offer us a framework to understand the role of projects such as Sakawa’s solar electrification project in Kamaishi following disaster. They propose that all communities are part of a larger social-ecological system (SES): social systems (families, communities, populations, states, etc.) are nested within ecological systems (ecosystems, watersheds, landscapes, bioregions, biosphere). SES resilience theory builds on this foundation and asks what are the mechanisms by which such systems maintain their function and structure in the wake of disaster.

Social-ecological systems are characterized by feedback loops linking social and environmental responses. One example of such feedback is from an urban garden, which benefits both the social community and the ecological community. Urban gardens strengthen the tendency of the SES not only to filter water and manage storm runoff but also to build and maintain strong social ties. A healthy SES has an array of such positive feedback cycles and displays high resiliency—that is, the ability of a system to absorb shock and reorganize after shock while maintaining essentially the same structure, function and identity.

To a civic ecologist, Sakawa’s participation in the solar electrification project can be characterized by his ability to source skilled (the carpenter) and unskilled (me) labor and provide a staging area for regional projects in collaboration with others. His work would be considered a “community of practice” that has arisen in response to disaster. The role of communities of practice is vital to building SES resiliency because they act to collect and redistribute skills and knowledge among their members and the outside world. In the particular case of Sakawa’s project, a focus on ecologically centered activities provides a codependent link between social resiliency and ecological resiliency.

Another example of “community of practice” that I encountered was through an oyster farmer in Kesenuma, Miyagi Prefecture, named Shigeatsu Hatakeyama. For several years now Hatakeyama has been working with students from the University of Kyoto to illustrate the connections between the ocean and the mountains. After a red tide in the late 1980s endangered his oyster farm, he discovered that the source of the algal bloom was wastewater leaking into the local river. He began to work on cleaning up the river and the upper watershed through promoting tree plantings and other stewardship projects. Since that time he has noticed a slow but steady increase in both the quality of water in the river and ocean and the quality of the forest in the surrounding watershed. His work with reforestation has gained a following in Japan, as has his saying that “the sea and the forest are lovers” (mori wa umi no koibito).

While the tsunami deeply affected Hatakeyama and his community, he has been able to see the damage as potentially beneficial in the long run because new houses and community infrastructure will be built with sustainability in mind. “The tsunami cost many lives and countless jobs,” he said. “Many people ask why we still live here, but most of us can’t convince ourselves to move away to the cities. We still want to live on a hillside, where we can see the ocean and go out fishing. We were born and raised here, and we love our home. I think that the most important thing is to cherish your place.”

Now is the hour that northeastern Japan is facing the difficult issues of reconstruction. What industries should be rebuilt? What types of infrastructure best suit the needs of the coming century? How are communities reconstructed after such disruption and loss, particularly among the elderly? There are promising signs of recovery taking a turn in the direction of building social and ecological resiliency, but these are small fish in a large ocean of corporate wholesale redevelopment schemes. The choices that the people and government of Japan make over the coming years will stand as an example of what is possible in building a modern city from scratch. My hope is that they will take advantage of this rare opportunity to rebuild in a fashion that preserves and enhances the stability, integrity and beauty of the land and sea.

After graduating in May with a Plan of Concentration in politics and Asian studies, Drew Tanabe did a summer internship in the office of Vermont Senator Patrick Leahy. He now works for Secretary of the Senate Nancy Erickson, and is enjoying living on the other “hill.” 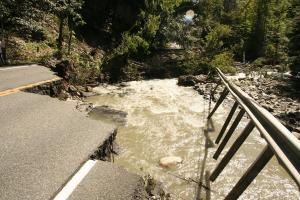 Japan’s earthquake and tsunami share more in common with disasters closer to home than you might imagine. “Natural disasters are essentially social events that reflect back to us the way we live and structure our communities,” said Kat Rickenbacker, Marlboro’s new professor of sociology. Kat’s research has focused on environmental sociology, but she also has a passion for disasters. “How do societies respond to disaster, and what does this tell us about the human condition?” asks Kat. “What makes certain communities more vulnerable to disaster, or more able to adapt after a disaster has occurred? I’m interested in how preexisting inequalities contribute to the severity of the disaster.” Her class last fall, Inequality and “Natural” Disasters, included looking at the impact of Tropical Storm Irene on local communities.