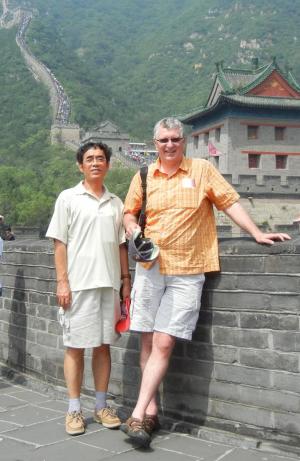 “Through our expanded international programming, funded in large part by the Christian Johnson Endeavor Foundation grant, we have been able to build up the infrastructure and awareness at Marlboro to welcome more international students,” said Richard. This includes Marlboro’s new English for Academic Purposes program, which gives second language speakers broad support for both written and spoken English, and other measures to make foreign students feel more at home.

“This trip was the first stage of what will be two valuable partnerships,” continued Richard. “Both universities highly value the academic model and liberal arts curriculum offered by Marlboro, and we look forward to welcoming their students.” The next stage in the partnership will be to welcome senior administrators from each university to Marlboro, starting with a visit from Heilongjiang in April.