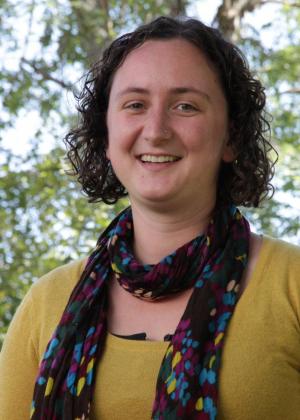 “From my experience as both student and teacher, I have found that the most memorable learning often occurs outside the classroom, when one applies knowledge to practice,” says Marlboro’s new sociology professor Katherine Rickenbacker. “Kat” is one of three new professors made welcome by Marlboro College this fall, in the areas of sociology, French and physics, each of them bringing fresh perspectives to the community.

“I aim to send my students into the community when possible, to bridge the gap between theory and the ‘real world,’” explains Kat, who taught Introduction to Sociology and Inequality and “Natural” Disasters this fall. “I also believe that learning happens most effectively when students feel a sense of ownership of the course.”

Kat didn’t always know she would be a sociologist. “I fell into it,” she reminisces with a smile. “I went through five different majors as an undergrad before I had to declare. First I started with English, because I wanted to be a poet, which obviously has more job prospects than sociology. I finally settled on sociology, because it just made sense to me. Once I started graduate school, everything became so interesting.”

Kat received her bachelor’s degree in sociology, with a minor in environmental science and policy, from Smith College. She earned her master’s and doctorate in sociology from Northeastern University, with an emphasis in environmental sociology and the sociology of disaster and vulnerability. Her dissertation, “City Roots: Grassroots efforts to build social and environmental capital in urban areas,” examines small-scale urban greening projects in Dorchester, Massachusetts.

Kat is already applying her expertise in the area by joining Marlboro’s Environmental Quality Committee, which is responsible for facilitating environmental sustainability programs like recycling and composting on campus. She hopes to undertake some environmentally based projects with grassroots organizations in Brattleboro in the near future, continuing Marlboro’s service-learning pedagogy. As for teaching, Kat did not always know this was a strength.

“I almost left the program at Northeastern because one of the requirements was that you had to teach a class—just one,” Kat jokes. “I remember throwing up in the bathroom before my first class, because I was terrified of the 130 people sitting outside in that auditorium. But then I got hooked on it. Now it’s what I look forward to more than anything.” With a place as close-knit, yet independent, as Marlboro College, Kat is excited to discover alternative teaching methods to adjust for such a select group of students.

“Although I like the idea of small classes, I have never actually done this small,” marvels Kat, whose Introduction to Sociology class had only five students. “I think people here seem very interested in what they are doing and are really driven in whatever their individual projects are. Marlboro gives people who want to go to graduate school such an edge.” 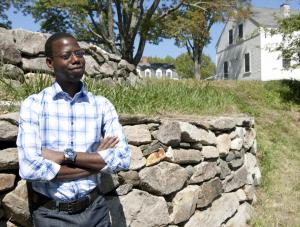 Marlboro’s new French professor, Boukary Sawadogo, has global experience, to put it mildly. Born in Abidjan, Cote d’Ivoire, “Abu,” has lived in Burkina Faso, where he grew up, as well as Ghana, Senegal, Iowa and Louisiana before finally ending up at Marlboro College.

“Iowa, Louisiana, Vermont,” Sawadogo jokes. “It looks just like a circle. Where I came from in Africa, it was really  hot. When I came to Iowa—very hot; Louisiana—still pretty hot. Now I’m here in Vermont. We do not even have a word for ‘snow’ in Burkina Faso, only ‘ice.’”

“Precisely, I worked on the representation of the ‘mad man,’ the so-called ‘crazy person’ in film,” Abu explains. In addition, he has looked at the representation of homosexuals and women in African films. “I cannot say that women are ‘marginal groups’ because they represent 52 percent of the population in Africa. But I am interested in what happened in popular culture 200 or 300 years ago that put the traditional representation of women, once really powerful figures, on the margin.”

In addition to teaching French language and Francophone literature, and conducting a “French table” at the Twilight Tea Lounge in Brattleboro on Saturday afternoons, Abu looks forward to exploring issues of immigration and colonialism with his students—and of course African cinema. He delights in discovering, analyzing and interpreting depictions of change in filmography. Through the careful study of films that express the contravention of societal norms, Abu hopes to spark an interest in social progress in his students.

“Marlboro is small. But it’s not small in ideas,” Abu perceives. “I think that’s what matters. In terms of ideas and in terms of perspectives, Marlboro has nothing to envy of a larger university.” Abu remarked on the level of openness, care and concern for his well-being that has been expressed by Marlboro faculty since his first visit to the college. From colleagues helping to find him an apartment to others checking in on him when he missed soccer practice, he has felt very warmly welcomed.

“People were constantly checking up on me. I felt like others had my back here. Marlboro has flexibility, independence and a sense of community. It really speaks to me.” 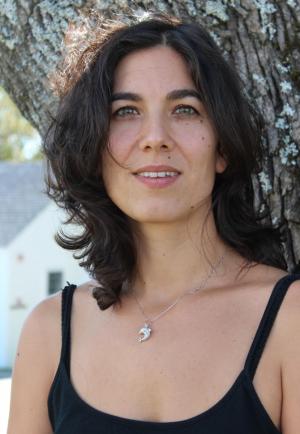 Sara Salimbeni, Marlboro’s new physics professor and a native of Rome, Italy, enjoys introducing students to some of the deepest mysteries of the universe. But she did not always know she would be an astronomer.

“When I was a child I wanted to be a painter,” Sara jests. “It didn’t work out.” Sara received her laurea in physics from the University of Rome, La Sapienza, and her doctorate in astronomy from the University of Rome, Tor Vergata. Her dissertation, “Cosmological evolution of galaxies from deep multicolor surveys,” examines how different galaxies have changed over billions of years.

“We have these wonderful pictures from the Hubble Space telescope, or telescopes in Chile and other parts of the world, from which we are able to understand many things that occur at different times,” Sara declares. “The light travels with a speed that is not infinite, so it takes time to get to earth. The farther away the galaxy you are watching, the more you are looking into the past.”

Sara is very much accustomed to an intimate academic setting and a relatively secluded place of study like Marlboro College. When she was working on her doctorate she did research at the Rome Observatory, located northwest of the city atop Monte Mario.

“It didn’t really feel like a university environment—it was fun,” Sara explains. “I was working with scientific researchers, not just professors. When I moved to the States in order to do postdoctorate work at UMass, I felt like I was missing something. I realized I needed to have an experience with students—I needed to teach.”

Sara spent a year teaching physics at the University of Massachusetts, Amherst, and then served as a visiting professor at Marlboro for a year, during which time she became a valued member of the community. Sara still thrives on her research, which she plans to continue, but now she wishes to find more overlap with the academic work of her students, to excite their interest. She hopes to find a balance between pursuing research and leading her day-to-day life with students in Marlboro’s tight-knit community.

“I was immediately impressed by the strong sense of community present at Marlboro,” says Sara. “I very much enjoy that the classes are small. I am able to work with each student in an individual way. When you have a big class, you tend to lecture. It’s very different to have four students in front of you, when you know they’ve read the material and you can discuss the most important things about the chapter. It’s a totally different kind of teaching.”

The Marlboro community welcomes these diverse faculty additions with excitement and regard, and looks forward to their many valuable and unique contributions to come.