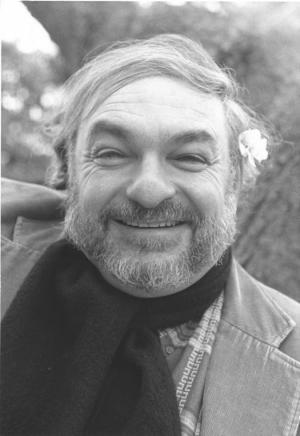 One of the highlights of the alumni reunion last May was a session organized by C.J. Churchill ’91 and Will Brooke-deBock ’87 to celebrate the career of Jerry Levy, Marlboro’s sociology professor since 1976. Potash Hill could not give Jerry a better retirement send-off than providing some choice excerpts from this session, in the words of his former students over the years.

C.J. Churchill: I had no idea that I would be interested in sociology. I thought I was going to major in political science, but when I took Jerry’s Contemporary American Society course, I realized I found the thing I was looking for—and the teacher I was looking for. During my undergraduate years at Marlboro, Jerry taught me how to write and think like a sociologist and a humanist. I think he was bemused by my avid embrace of the Town Meeting political system, but as with so much else in life, he encouraged me to think of this activity ethnographically. In this endeavor as well as with the rest of life, Jerry taught me how to think like an outsider even while on the inside of a process. One of Jerry’s great gifts to his students was teaching them how to see the sorrows of the world with profound concern while also being able to understand the world with a sense of humor. We are all lucky to have had the pedagogical attention of this fine scholar and teacher. He has that rare commitment to the life of the mind and the care of the soul which striving, uncertain students attach themselves because they know through this they can realize the better parts of themselves that were otherwise hidden.

Will Brooke-deBock: Jerry has been at this college teaching sociology from Jimmy Carter to Barack Obama. And, I wanted to mention, everybody knows that Jerry has a very full, rich life as an actor, a politician, a musician, a chef and a writer. Jerry is good at a lot of things, and I have seen him do a lot of these things. I have eaten his meals, I have seen him act. Jerry is one of the greatest sociologists in this country, but what he is really a genius at is teaching students. I came to Marlboro College as a suburban kid who was very naive, who was an evangelical fundamentalist, and I teamed up with Jerry, kind of like Mutt and Jeff, the anarchist and the fundamentalist kid. Jerry was able to take somebody who was really unformed in a lot of ways and help me find the direction I wanted to go. So I really am indebted. And finally, I had the opportunity of sitting in Classical Sociological Thought again, 25 years after I took the course the first time, and I also got to sit in on a tutorial. Marlboro students are still exemplifying the experience we had. Jerry’s genius is in teaching, and Marlboro students, their genius is in learning.

Emilie Ring Read ’91: Jerry was my first adviser at Marlboro, and it was the most amazing experience for me, because he would look at my schedule and say “Look at all these different things you are studying. I wish I could do that.” 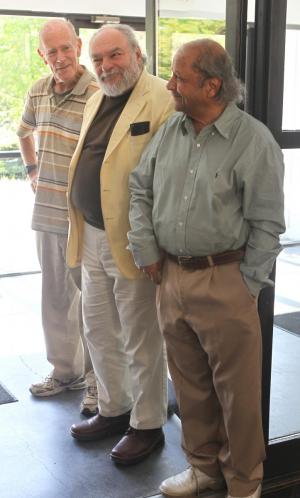 remember the first day of class at Marlboro— Jerry’s foreign policy. He warned us to be prepared, and I walked in the room and—this is so Marlboro—I sat down to a table of people and Jerry just sat back and said, “So….” And that was it, because we were expected to be prepared to discuss the material. That’s Marlboro: it wasn’t someone speaking at us, but someone teaching us to think.

Heshan Berents-Weeramuni ’90: I entered Marlboro (from England) in 1987 and my mom said, “Listen, Reagan is president. This is a really, really conservative country you are going to. Be careful.” The very first person I met was Jerry. So much for that. One of the most generous things Jerry has shown me, intellectually, is his ability to look at society and show us how the magician’s hand moves slightly too slowly, and you can see how the trick is done, and that is a perspective that is indescribable.

Wendy Levy ’97: There were many questions that were sort of tumbling around in my head from high school and my upbringing—I was finally getting some answers to them from sociology. One of the comforting things was, I wasn’t the only one asking these questions: why are things so weird where I come from, why are things so weird everywhere, who’s controlling these things? And in Jerry’s classes those things started coming together. Every day I still use things I learned from Jerry’s class. I finally got to see Marx in Soho. What is it that Jerry can’t do?

Laura Hinerfeld ’93: When you are doing sociology and finding out how all these forces work you can go to these very dark places. But from Jerry there was always joy.

John Coakely ’02: What I love about Jerry as a teacher is that he lets you challenge yourself. I showed up here and wanted to study education, and I said, “So Jerry, do you want to do a tutorial on really interesting and alternative schools?” And he said “Okay, we can do it at five o’clock on Thursday afternoons, but I am going to get really tired.” I said, “Do you want me to get you some coffee for that?” He said, “No, I just may fall asleep.” And in that tutorial he made me read at least a book a week and told me to interview people doing interesting schools. It was great, and it was about the same amount of work I did in some of my graduate seminars.

Jaysinh Birjepatil, retired literature professor: Somebody said that everything Jerry does turns to gold. Whether it’s teaching, acting solo, or just being a human being. I remember we taught a class on the Holocaust together, and took the students to the Holocaust Museum in Washington, D.C., a place where there were just voices retelling their suffering. And Jerry sat down and started crying like a baby along with the students. He is somebody who is not an abstraction, although he can deal with very abstract topics. He brings a kind of honest nature that responds to stimulus without being ashamed of being a teacher weeping at a museum. He is really the most genuine person I have met in my life. 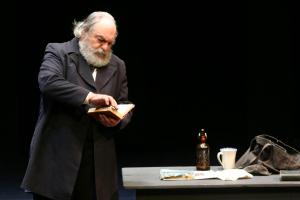 Jerry:  I am just amazed at how many of you have turned out and how I remember every one of you, and what you did on your Plan. So many of you did such remarkable work that I wish you could just go to the library and read some of these Plans. And I am so gratified that I have had such influence on you, and I just want to say this: to an extent, if I was such a good teacher, it was because you came here with a seriousness and a sense of purpose that is profound. Each one of you—I am looking; I don’t see any exceptions—each one of you was so serious about your work, whether you were ready to do the work or not, whether you could write or not, you wanted something special.

Listen to a full recording of comments at Jerry’s reception.

Also retiring this year is Paul Nelsen, theater professor for 35 years. Potash Hill will give Paul a fond farewell in the Summer 2013 issue.