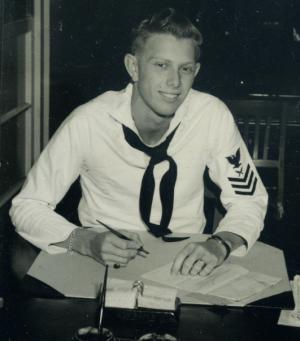 James “Butter” Shingle ’50
A Marlboro pioneer, James Shingle (right) passed away in August at the age of 87. Born in Hawai’i, he attended Punahou School in Honolulu. During World War II, Jim was in the Navy, stationed at Pearl Harbor. He graduated from Marlboro College with a degree in literature, then worked at Bishop Insurance before starting his own business, Property Investment Company, with his brother and a friend.

“Butter was a very generous and fond friend of Marlboro,” noted Lisa Christensen, chief advancement officer. “He was a delight to visit (not just because he lived in Hawai’i) because he was interested in many things and was a gracious host. We had many good conversations about the importance of young people getting an opportunity to travel and live in other cultures, as well as models of education like Marlboro that allow students to pursue their own thoughts and interests in literature.”

Jim enjoyed being with his family and friends, who knew him for his great sense of humor and humility. He was an avid tennis player and skier, and he loved to travel. He was a lifelong philanthropist and longtime president of the James & Abigail Campbell Family Foundation. As president of the Kapi’olani Hospital board of directors, Jim worked tirelessly to expand and upgrade the hospital. He is survived by longtime companion Howard Francis Gardiner, as well as his daughter Alice Ka’eu’eu Shingle, two grandsons and numerous cousins, nieces and nephews.

Peter Gore ’50
Another pioneer alumnus and husband of longtime staff member Sally Gore, Peter Gore died in August in his Wilmington, Vermont, home. He was 85. Peter was born in Amherst, Massachusetts, and went to high school at Deerfield Academy. He served as a member of the U.S. Navy in World War II before attending Marlboro. Peter received his master’s degree in romance language education from the University of Massachusetts and further studied at Laval University, Canada, and Grenoble University in France.

Peter taught French and coached athletics at Deerfield Academy for 23 years, and then at Wilmington High School. He later served as rural mail carrier and clerk at the Wilmington post office, retiring from there in 1993. Peter also established and operated the Wilmington Antique & Flea Market over the past 30 years. He enjoyed traveling and the outdoors, listening to all types of music and collecting coins and stamps. Peter is survived by his wife of 53 years, Sally, three children and several grandchildren.

Gay Gorton Fullick
In January 2012, Gay Gorton Fullick passed away at the Springdene Nursing Home, in London. She was 83. Gay was the daughter of Audrey Gorton ’55, alumna and member of the faculty for 33 years, and sister of Bridget Gorton ’59. She was an active help to the college in many ways, particularly during theater professor Paul Nelsen's early group visits to London. She is survived by her husband, Roy, her children, Assheton, Michael and Victoria, and her sister, Bridget. 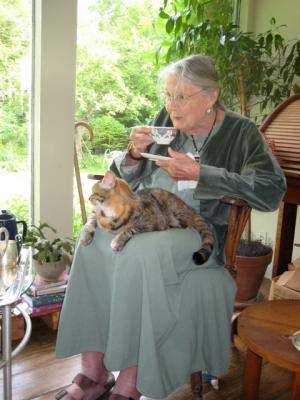 Suvia Whittemore Judd
In September, Sue Judd (right), a dear friend of the college and wife of long-term American Studies faculty member Dick Judd, died at her home in Marlboro in September. Sue graduated from Williams College with Dick in 1945, one of the first women to attend what was then an all-male institution. In 1950, she and Dick moved to Vermont so he could start his long teaching career at Marlboro College.

“Sue was a presence on campus, as well as an accomplished host for events at their house nearby,” said Ellen McCulloch-Lovell, Marlboro president. “For many years, the Wendell-Judd cross-country ski race ended there for a party.” Dick, who died five years ago, taught at the college until his retirement in 1989.

Sue also taught French and art at the Marlboro Elementary School and was very involved in the school’s Parents and Friends group. She sang for many years in the Community Chorus and took piano lessons with Blanche Moyse. She took classes at Marlboro College, and in the 1970s studied pottery with Malcolm Wright and became a serious potter. Sue was an avid organic gardener, and employed many college students to work with her in the garden and around the house. Toward the end of her life, she received visits from some of Dick’s former students. Sue leaves a sister, Elizabeth MacArthur of Marlboro, two daughters, Kate Judd ’82 and Suria Thayer Judd, and several nieces, nephews and great-nieces and nephews. 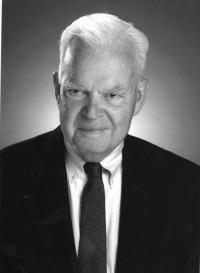 Robert T. Gannett
A longtime friend and supporter of Marlboro College, Robert Gannett died at his home in August. Robert served four terms representing Brattleboro in the Vermont House of Representatives and ten terms representing Windham County in the Vermont Senate. He was born in Boston, Massachusetts, and graduated from Harvard College. In 1942, he received his law degree and enlisted in the United States Army. Bob came to Brattleboro in 1946 to practice law, and conducted an active tax and estate practice until he retired from the Vermont bar in 2012, after having been a member for 64 years.

Bob believed in community and was also actively involved with many organizations in the area, including Brattleboro Memorial Hospital, the Prouty Center, the Vermont Community Foundation, Youth Services, the Green Mountain Club, the Brattleboro Retreat and the Brattleboro Rotary Club, of which he was a founding member. He received an honorary degree from Marlboro College in 2001, for his many years of support and advice, reportedly including steering Tom Ragle to the presidency in 1958. He is survived by his three children, a brother and sister and several grandchildren.