In an effort to boost lagging recruitment and retention, Marlboro College as an institution is looking at new marketing strategies. Rather than panicking or assigning blame, this is a time for problem-solving: as members of the Marlboro College community, we must help figure out how to energize student enrollment. Since our material resources are limited, we need to use them efficiently but also supplement them with the abundance of critical thinking resources that reside in the community. We will certainly take advantage of new ideas and new technologies that can adapt college marketing efforts to meet the standards of contemporary higher education. But it is my suspicion that in all this effort to problem-solve, we may be losing track of our purpose—to educate. And what a loss that would be.

Last spring, the college hired kor group, in collaboration with Maguire Associates and Libretto, a marketing team from Boston selected from several who each made presentations to the Marlboro community. After being selected, kor came to campus to meet the community, not just to collect the numbers and jot down the data but with a particular interest in getting to know students. They broke out into small groups at Town Meeting, asking individuals what they wanted people to know about Marlboro. They sat in on classes, attended lectures and play rehearsals, and tagged along on several of my campus tours. Over the course of their visit, I got to know the members of the kor group. I felt respected by them, enjoyed their company and felt confident that they would produce an excellent report on the college over the summer.

And they did. The “kor report,” as it has become known, thoroughly examines Marlboro College marketing and admissions strategies from a variety of angles. It is undeniably a useful document for our community, as it provides us with an outsider’s perspective. The kor report serves as a peer edit for Marlboro College. When a friend edits a paper for me, she can tell me what argument it seems like I am trying to make, so I can see if I am effectively communicating what I intend to. Similarly, the kor report can tell us what Marlboro College’s argument is, and from that we can determine to what extent we are communicating what we intend. 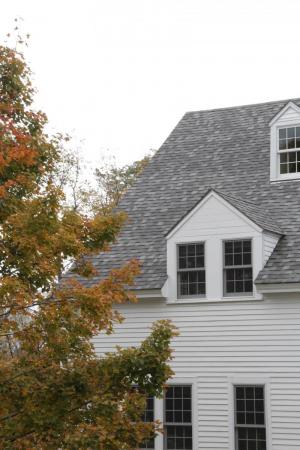 This move to revitalize Marlboro’s marketing effort has been controversial, of course. It seems to me that the controversy stems from the tension between a need to sustain the school and the desire to maintain its authenticity—the former viewpoint belonging largely to Marlboro, the institution, and the latter belonging to Marlboro, the community. This tension is substantial and has contributed to much internal reflection throughout the college, both the institution and the community.

In the end, all of us share the desire to know what response, in terms of marketing efforts, will be best for the college. It is evident to me that the realistic need for marketing is one that we as a community can still come to terms with; most of the controversy on marketing Marlboro is not concerned with the question of whether or not to market, but the process and method that will be used. For example, this is the implication of a recently scrawled question on a dining hall whiteboard: “Are students at the kor of [Marlboro’s] marketing efforts?”

I for one do not deny the need for marketing at Marlboro, and I recognize that the kor group or the new marketing director we are hiring could be helpful to the school. However, we must be cautious and conscious of promoting appearances that distract us from our simple strengths, for appearances are not the point. And neither are students the point; they should not be “at the kor” of marketing. Education is at the core of the college, with faculty and students as the primary actors. As such, education should be at the center of our marketing efforts, and oh how simple that makes the marketing strategy—do what you do best: educate.

Keep it simple, Marlboro. We know that our purpose is education, which is the process of teaching and learning. Marlboro faculty are passionate about teaching (and learning); Marlboro students are passionate about learning (and teaching). We perform this function well, in both lean times and boom days, and the sublime nature of education at Marlboro is a boon to those who’ve witnessed its power. Marketing is a necessary measure to keep this noble purpose afloat, but first and foremost Marlboro should be in the business of education.

Alexia Boggs is a senior at Marlboro doing a Plan of Concentration in politics, specifically looking at how political systems channel tensions by circumventing notions of a good vs. evil dichotomy. This essay is adapted from Alexia’s article by the same title published in the October 2012 issue of The Citizen.

The marketing and communications team of kor group, Libretto and Maguire Associates was engaged last spring after a thorough search and proposal process involving representatives from all of Marlboro’s constituencies. In the intervening months, the kor group has worked closely with the admissions office to implement strategies designed to measurably improve the college’s recruitment efforts. “Marlboro is a thoughtful and studious community,” said the kor report. “It needs to put some stakes in the ground, claim its territory, be bold and confident in its messaging and unapologetic for what it offers.”