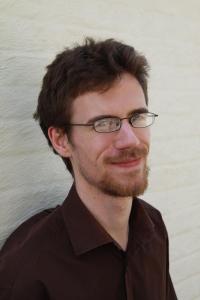 “Marlboro students are the keenest students I’ve ever known,” said classics fellow Will Guast, who joined Marlboro in September. Will received his B.A. in classics from Christ Church, University of Oxford, receiving honors and prizes for Latin language, verse composition and historical linguistics. In addition to his background in languages, he is interested in examining religion in the Roman world, particularly during the transition from paganism to Christianity. “What excites me most about Marlboro is freedom,” said Will. “The freedom to take complete control of a subject and design my own courses totally from scratch; the free-thinking and diversity of the student body; and the freedom of being in the middle of the green mountains, with miles of trails and countryside to explore.” He plans to pursue postgraduate study in classics back at Oxford on the papyrology of the Second Sophistic.

Did you know that lesbian, gay, bisexual and transgender (LGBT) students are two to three times more likely to use alcohol and other drugs than their straight counterparts? Neither did many college administrators before going to one of Ken Schneck’s talks at the regional conference of the National Association for Campus Activities. Ken was a featured speaker at the November conference, sharing the podium with other leaders in higher education administration. In addition to his talk, titled “Queers, Jeers and Beers,” Ken presented on creating programming for a new generation of students who expect administrators to know more than they usually do about LGBT students. “We spend so much time at these conferences focusing on LGBT 101, we lose sight of how some of the specific challenges faced by gay students directly result in increased risky behavior,” said Ken. 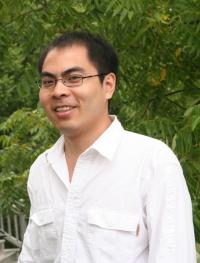 In August, Marlboro welcomed Yang “Louis” Liu, the new mathematics fellow. “The community here creates an excellent environment for teaching and learning,” said Louis, who received his bachelor’s degree in mathematics from Guangzhou University and his master’s from Sun Yat-sen University. He has been a teaching assistant at the University of Georgia, where he received his Ph.D. in mathematics in 2010, and a research assistant in both marine science and mathematics. Louis’ research focuses on random matrices and compressed sensing, but he is also interested in the mathematical modeling of aggregations of marine particles. “This is a great experience, teaching mathematics classes and advising students at Marlboro,” said Louis. “They are very self-motivated and have a breadth of knowledge across different disciplines.”

“I have long identified with the culture of ‘free inquiry’ associated with Marlboro College,” said Eileen Harney, who joined the college this fall as the Mellon Foundation–funded humanities fellow. “It is rewarding to be at an institution that promotes individuality and self-discovery among the student body while respecting and showing appreciation for the college’s own history.” Eileen received her B.A. in English from Boston College and her master’s and doctorate in medieval studies from the University of Toronto. Her interests in medieval literature and women’s and gender studies have guided her research on four female saints’ literary traditions across the medieval period. She has diverse experiences as a teacher, but finds the teaching expectations at Marlboro both challenging and exciting. “I am struck by how clearly invested Marlboro students are in their education,” Eileen said.

At the October meeting of the Consortium for Innovative Environments in Learning (CIEL), Sirkka Kaufman, assistant dean of academic affairs, participated in a panel discussion on applying results of the Wabash National Study of Liberal Arts Education. The Wabash study gathered evidence from dozens of institutions across the country to strengthen liberal arts education, but only a handful of those schools used innovative learning and assessment methods similar to Marlboro’s. Sirkka’s panel, which included presenters from New College of Florida, Alverno College, Prescott College and Hampshire College, described a data-sharing project using Wabash results to grapple with cross-institutional comparisons. “Our project stands to help put each institution’s learning outcomes into context and deepen our understanding of alternative practices and their likely effects,” said Sirkka. The panel conducted additional analyses prior to presenting again at the January meeting of the Association of American Colleges and Universities. 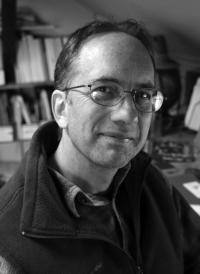 “Hornbills are uniquely tropical, uniquely visible even from a bike, and, well, just plain unique,” said Potash Hill editor Philip Johansson. His essay “Hornbills o’Plenty: Birdwatching by Bike in West Africa” was selected for inclusion in Wildbranch: An Anthology of Nature, Environmental and Place-based Writing, published by University of Utah press in 2010. The anthology is a collection of work from faculty and students of the Wildbranch Writing Workshop, held each summer for more than 20 years at Sterling College (current address of Will Wootton ’72, president), in Craftsbury, Vermont, and co-sponsored by Orion magazine. It also includes work of Alison Townsend ’75. “I take some credit for the success of the workshop because I attended the first one, I think, in 1988,” said Philip. “Hornbills o’Plenty” was based on his bicycle travels through Cote d’Ivoire, Ghana, Mali and Burkina Faso in 1993.

January marks the publication of retired literature professor Jaysinh Birjepatil’s new book, The Good Muslim of Jackson Heights, by Penguin (India). The fictional story of an aristocratic Muslim family that flees sectarian violence in their native central India, only to find reverberations in multiethnic urban America, Birje’s book traverses the tension between secular and religious. “Even though the central character in my book is a Muslim, I am not,” he said. “I was born in an upper caste Hindu family, but I lost all religion when I was packed off to a British boarding school in early childhood.” Birje says publication was delayed to assure that the book would not offend religious sensibilities, Muslim or Hindu. Meanwhile, Bennett & Spencer are publishing an American edition that will be available by the end of 2011. 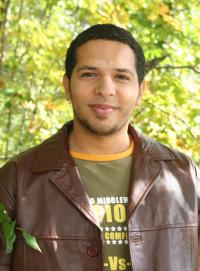 Ayman Yacoub joined Marlboro this fall as a Fulbright-supported foreign language fellow, the fifth to continue the Arabic language program. “Being a fellow at Marlboro offers me the experience of a new culture and a different educational system,” said Ayman, who comes from Egypt. “Compared to other students I have had, Marlboro students enjoy their lives and find balance between their academic needs and their special interests.” He received his bachelor’s in English from Al-Azhar University in Cairo, and also studied English at American University in Cairo and educational translation at Al-Azhar University. Ayman has been a volunteer teacher at an orphanage and is interested in history and poetry. After his fellowship he hopes to pursue research in the area of translation studies.

“Do our noses really contain a system for detecting and sorting molecular vibrations? A recent test of this theory suggests that they just might,” said chemistry and biochemistry professor Todd Smith in a September broadcast of the Northeast Public Radio show Academic Minute. “This is shaping up to be an interesting period in the history of smell.” Todd, who discussed recent breakthroughs in our understanding of smell, was one of four Marlboro professors who contributed to the show this year. In July, politics professor Meg Mott discussed the origins of Monopoly and its impact on American economic attitudes, and in August, philosophy professor William Edelglass explored moral responsibility and climate change. Literature professor Heather Clark took a fresh look at American poet Sylvia Plath in October. 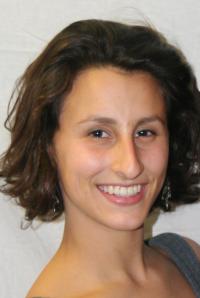 “I wanted a program that would not only enhance my ecological training, but would also integrate cultural learning into the equation,” said senior Jessica Stern. “Understanding the human dynamics, and how they clash and mesh with the environment, is just as important as understanding the basic ecological functions of a place.” Jess found all that and more on the School for International Training’s program on Tropical Forest Ecology, Biodiversity and Marine Ecosystems, which she calls “sort of a crash course through the different biological systems, regions and cultures in Panama.” In addition to developing her fluency in Spanish, Jess conducted research on the local uses of medicinal plants and their natural history, which will tie into her Plan of Concentration on ecology and ethnobotany.

With an ardent interest in postwar peace-building and conflict resolution, social science fellow Gearoid Millar is not afraid of controversial issues, as exemplified by his class this fall called Anti-Disciplinarity: Responding to Social Complexity. “Together the students and I investigated the varying disciplinary approaches to youth violence and international development,” said Gearoid (pronounced gar-ROAD). “I certainly would not have gotten to teach this class at another university, and it is extremely exciting to see students struggle with the idea of social complexity and analysis.” He received his bachelor’s degree in political science and sociology from Florida Atlantic University and his master’s in international peace and conflict resolution from American University. Gearoid is currently a Ph.D. candidate in social science at the Maxwell School of Citizenship and Public Affairs at Syracuse University. 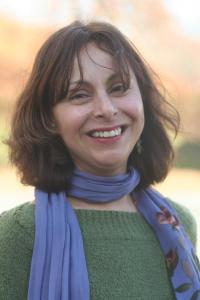 Last summer, Spanish professor Rosario de Swanson spent three weeks in the Dominican Republic, leading a language and literature program for promising students. It was her third year there, teaching a curriculum she designed as part of MACILE (Matemáticas, Ciencias y Lenguaje), a program dedicated to improving the quality of education for K–12 students in less advantaged communities. “I love seeing the eighth-graders discover things about their heritage they did not know, or hear their town mentioned in a historical source, or see their island in a map of the Americas,” said Rosario. “The look of wonder in their eyes is priceless.” Her travels to the Dominican Republic followed a college-funded research trip to Equatorial Guinea, the only African country where Spanish is the official language. In Equatorial Guinea, Rosario researched a paper on the nationally celebrated writer Juan Tomás Ávila Laurel.

For more information on these items, go to the following websites:
Ken Schneckwww.naca.org/NSTspeakers.aspx
CIELwww.cielearn.org
Wildbranchwww.uofupress.com
Academic Minutewww.wamc.org/academic-minute.html
Rosario de Swansonwww.marlboro.edu/news/focus/rosario_dominican
Or for those of you who can’t get enough news of Potash Hill, check out Marlboro’s very own Facebook page at www.facebook.com/marlborocollege, our YouTube channel at www.youtube.com/user/MarlboroCollege#pand the Potash Phil blog at www.marlboro.edu/communities/alumni/blog.