Excerpts from Views from the Reservation

When thinking of the Pine Ridge Reservation, South Dakota, what do people imagine? Both outsiders and native peoples know of Hollywood’s representation of traditional American Indian culture. So often it has been based on the Lakota and other indigenous tribes of the Great Plains and Interior West. Most of us have heard of the problems with alcoholism, poverty, and gangs on the reservations, of the 1890 massacre at Wounded Knee, and the occupation by the American Indian Movement and its supporters of Wounded Knee in 1973. But how much do most of us really know? —John Willis 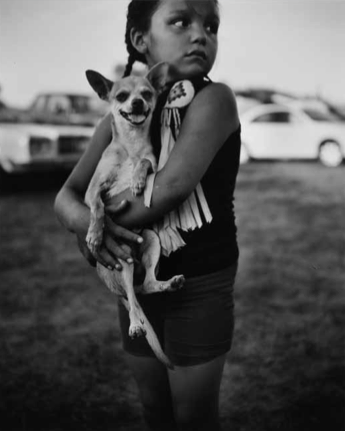 I am from potato salad and deep-fried chicken
From Barbie dolls and chokecherry pickin’
I am from sleeping outside under the stars
From playing freeze tag on old junk cars
I am from eating cereal and eggs in the morning
From school every week that got really boring
I am Super Nintendo and Nintendo 64
From flowered dresses and tights that are always torn
From climbing trees and scraped-up knees
From playing with puppies infested with fleas
Yes I’m from all these things, that’s me
Because I’m from the beautiful country
—Samantha Red Feather, 12th grade 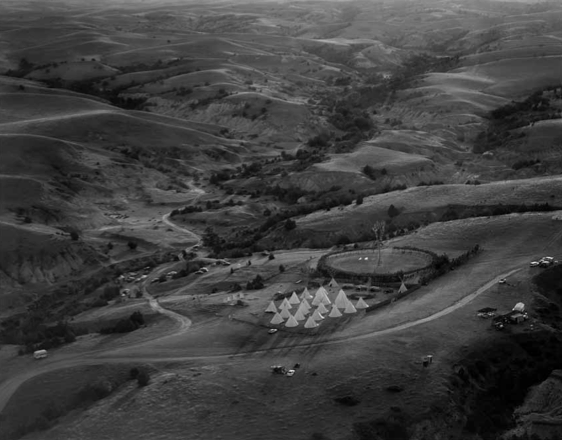 Otherwise it’s like a house without windows.
It’s dark

In the morning when you wake up from a good
night’s sleep, you open
Your eyes and you see the light.
Say a prayer of thanksgiving before you get up.
Thank you. Thank you Tunkasila for another day.
—Victoria Chipps, elder 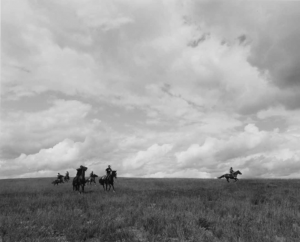 In the Struggle, We Stand

Photos, poems and narrative excerpted from Views from the Reservation, by John Willis. Center for American Places: Chicago, 2010. John Willis is photography professor at Marlboro College and executive director of In-Sight Photography Project, in Brattleboro.