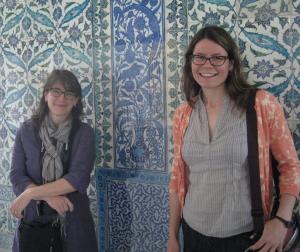 Last summer, ceramics professor Martina Lantin and art history professor Felicity Ratté (right) spent two weeks in Turkey, conducting research for a trip with their spring 2013 class, Art on the Walls: Ceramic Tiles in Seljuk and Ottoman Architecture, Meaning and Design. “The course is designed to give students a hands-on, practitioner’s introduction to the design, style and history of Islamic architectural tile,” said Felicity. Their travels took them from a contemporary tile-manufacturing workshop in Kutahya to Bursa, the Ottoman Empire’s first capital, to Iznik, renowned for its ceramic work in the 16th century. “We left Turkey with a course mapped out and the itinerary planned for students. We are excited by the many questions fresh in our minds and the vast array of inspiration in our heads.” 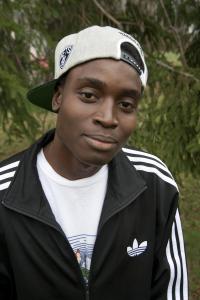 “Music and dance are a big part of culture in Medellin, which was like another Queens for me,” said senior Kalie Kamara (left), who spent eight weeks in a Spanish language intensive in Columbia. He stayed with an older couple but met many young people in neighborhood parks and was pleased to find that hip hop music was also very popular there. Kalie took language classes every morning, and spent his evenings doing homework and writing rhymes in Spanish to rap with his new friends. “My style was definitely fresh for them to hear, and they knew I was trying. I tried every day. Every moment those kids asked me, and I had enough feeling for it, I freestyled my verses en Español.”

“In Emplumada, Chicana poet Lorna Dee Cervantes uses natural imagery to chart a kind of ecological map that records the roots, and routes, that conform to her hybrid identity,” said Spanish professor Rosario deSwanson. In November, Rosario presented a paper on Cervantes and chaired a panel at the New England Council of Latin American Studies (NECLAS) meeting on New Perspectives on Latino Literature and Education, held at Yale University. She also published an article in Hispania, on a feminist Mexican adaptation of Oscar Wilde’s Salome, and a paper on Uruguayan and Argentinian writers in Hispanic Journal. 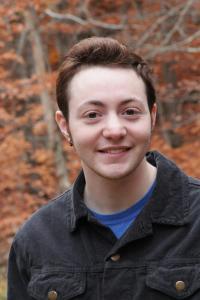 “I’m a literature person, but this is well off the path of what I’ve ever worked on at Marlboro,” said Marlboro junior Adam Halwitz (right), referring to his short story “Power Out.” The piece was featured in a new volume of literary fiction by transgender authors called The Collection, published in October by Topside Press. The Collection features many leading North American authors in this genre, so Adam is understandably proud. “When I saw what the book actually looked like—and there were several stages, each of which got more and more nerve-racking and wonderful—I was even more honored to have been included.”

“Vermont is known for a lively and varied artistic life,” wrote Ellen McCulloch-Lovell, Marlboro president. “We boast that we are home to more artists per capita than any other state.” Ellen’s essay on the history of the arts in Vermont, “Vermont’s Creative Spirit: Arts and Arts Organizations,” appears in a new book, The Vermont Difference, to be published in 2013. She was also a featured speaker at the Landmark College academic speaker series titled “Turning Points: Making Choices in Politics, Science and Health,” in November. Ellen offered a behind-the-scenes look at the presidential elections based on her years in the Clinton Administration and as chief of staff to U.S. Senator Patrick Leahy. 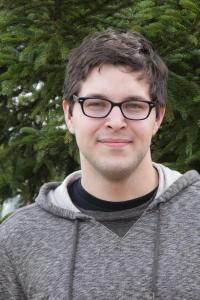 Last summer, sophomore Michael Sirois (left) spent six weeks at Freie Universität Berlin (FUBiS), improving German speaking and writing skills. “While I would still describe myself as far from fluent, I can now converse easily (if somewhat slowly) in German in most situations,” said Michael. He found that one of the most useful outcomes was establishing German-speaking friends and contacts. “So far, I’ve given my curry recipe in German to a FUBiS friend in Norway, I’m in the middle of a lengthy Facebook conversation in German about the history of rap with another friend from North Carolina, and I Skype weekly in German with yet another friend who lives in Frankfurt. All of this means that I’m learning German organically and independently outside of a classroom.”

“My mailbox is the source for about 18 percent of the school’s recycling haul, from the flyers for the erotic hypnotist to the pamphlets for the indie-band-with-an-environmental-message, to (my favorite of all time) a letter asking me to shell out hundreds of dollars to buy the rights to a four-line poem that, if placed correctly on magnets, mugs, and bumper stickers, will most assuredly create a sense of campus community.” So writes Ken Schneck, Marlboro’s dean of students and author of a Huffington Post blog on college life. From the impact of social networking to the pitfalls of discrimination, Ken finds something witty to say about every aspect of life on campus. 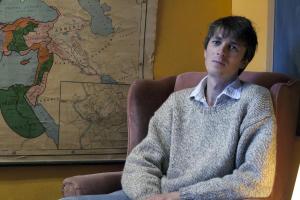 “The best thing about doing a teaching fellowship at Marlboro is teaching bright and engaging students,” said Evelyn Richardson (right), Marlboro’s 32nd classics fellow from Oxford, who was welcomed to the community in August. “I’ve been impressed by the confidence students here have to think originally.” Evelyn received his bachelor’s in classics and Arabic from Oxford, and received the Chancellor’s Latin Verse Prize and the Richard Hillary Creative Writing Prize in 2011. He is interested in studying the interaction between Greek and Roman culture, especially from the Roman perspective. “It’s a complicated and often contradictory story that can be traced on many levels—not just in poetry and visual art but also in really fine details of social behavior.”

“The Plan isn’t just an academic accomplishment,” said one student quoted in Colleges That Changes Lives: 40 schools That Will Change the Way You Think About Colleges. “It’s an opportunity to explore something I care about. No matter what you’re doing, it’s driven by passion.” Marlboro College was pleased to be featured once again in the fourth edition of CTCL, the perennially popular guide to profound learning experiences, as it has since the first edition in 1995. According to the new edition, “Marlboro is a transformative place that turns out the essential leaven of democracy: bold, clear thinkers; people of vision and character. Quite simply, the college fulfills the promise of liberal education.”