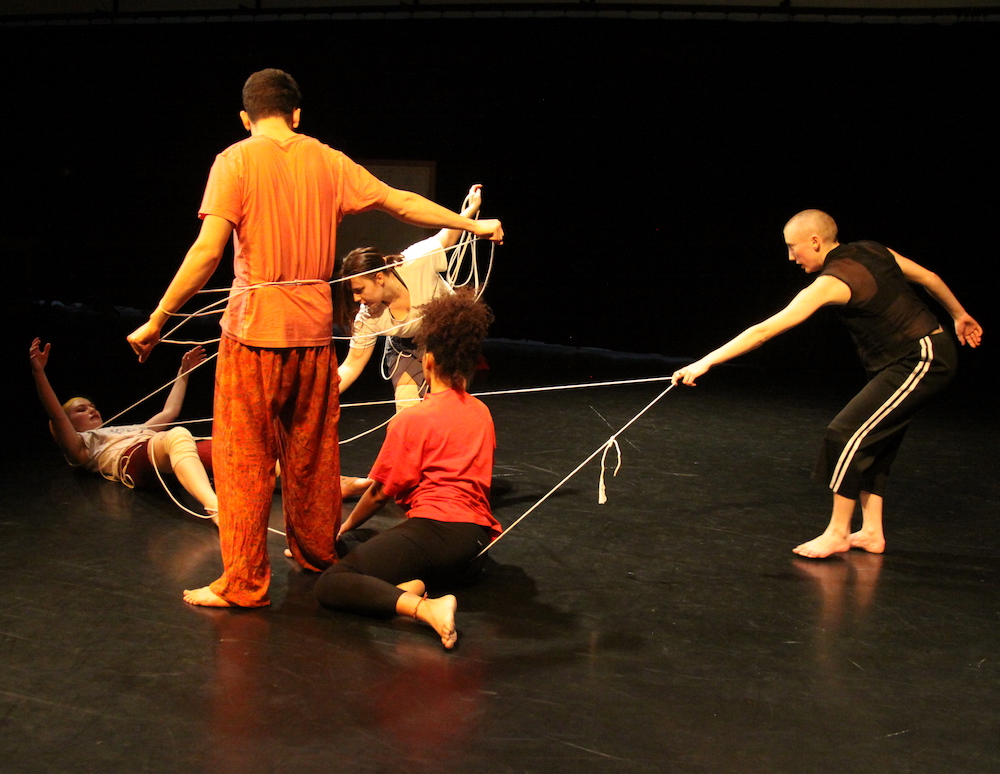 In March, just as the campus was poised to close for spring semester, and ultimate for the semester, Alta Millar ’20 (pictured right) pulled off a public performance of her Plan work-in-progress in the Serkin Center Dance Studio. Working with her improvisational dance collective, which included Karla Julia Ramos ’20, Minno Zelkin ’20, Sarah Cyr ’21, and Charlie Hickman ’20, Alta aspired to create a space “where desired futures are alive in the moment, difference is utilized, and (re)actions are questioned.” Alta’s Plan of Concentration “generates, suspends, and propels mechanisms for change-making through the sensorial experience of improvisational movement.”

In February, four Marlboro students accompanied sociology professor Jennifer Girouard to the annual Eastern Sociological Society (ESS) Conference in Philadelphia, where they presented on their Plan work during a poster session. Cyane Thomas ’20 presented a poster titled “Cross-Cultural Unity or Division: Analysis of Fans within the Korean Pop Music Subculture,” and Drew Daniels ’20 presented his on “The Effects of Active Co-Creation within the Burning Man Community.” Grace Hamilton ’20 presented her work on “Navigating Privilege and Difference in Human Service Work,”  and Sage Kapitsis ’20 explored“Expectation Differences Between School- and Nonprofit-Education. The group shared their posters and their experiences at the conference with Marlboro community members in March, and were well-received!

Film and video studies professor Brad Heck ’04 had the world premiere of Sisters Rising, the film he made with Willow O’Feral ’07 (see Alumni News), in February at Big Sky Documentary Film Festival, where it earned an honorable mention. Sisters Rising is the story of six Native American women fighting to restore personal and tribal sovereignty in the face of ongoing sexual violence against indigenous women in the United States. It’s an urgent call to action, a gorgeous portrait of powerful women acting in solidarity, and a demand for self-determination as the necessary step towards ending violence against Native women. Learn more at sistersrisingmovie.com. 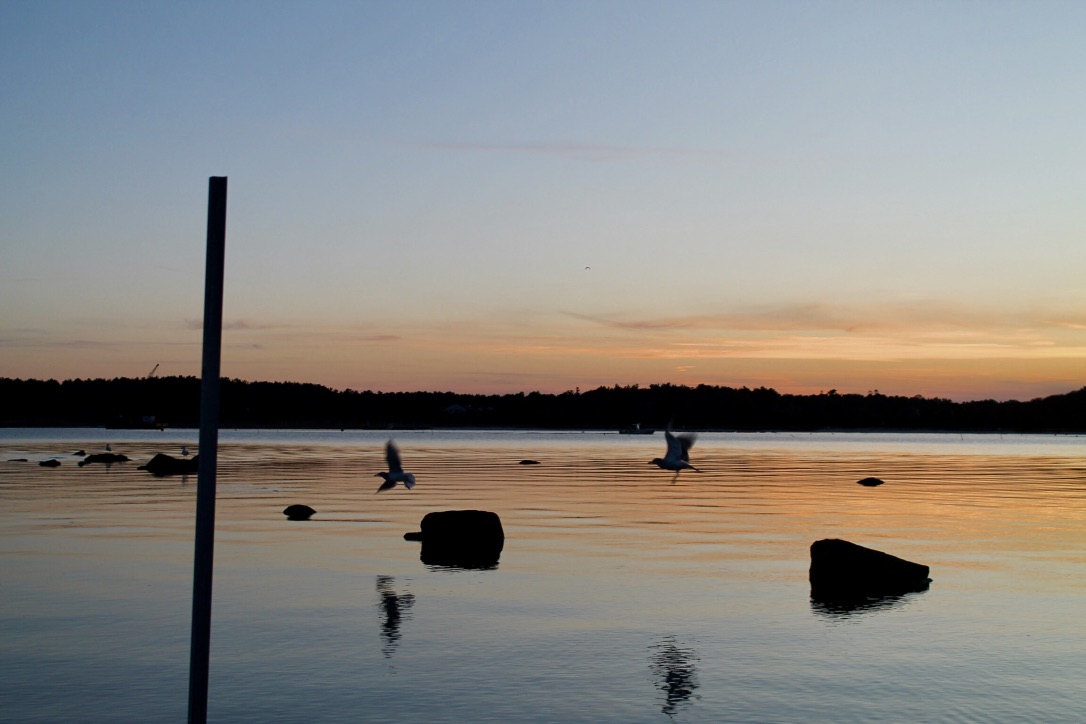 “The unifying theme of this Plan of concentration lies at the intersections of race, identity, and culture,” says Ricarrdo Valentine ’20, who completed a Plan in dance and photography titled  “Shaping Afro-Neo Narratives: Bailar y Fotos (Dance and Photos) in Afro-México.” “It’s a collaborative examination of (re)claiming and (re)connecting with diasporic siblings in North America specifically in and between Veracruz, México.” Ricarrdo used oral history, autoethnography, and cross cultural dance exchange to engage with collaborators in Veracruz. “This connection through our shared African descendant heritage helped me to reveal the commonalities and differences that emerge in the (re)claiming process of a displaced marginalized group.” Explore Ricarrdo’s work at facebook.com/bhooddance/.

Like many graduating seniors, Jenny Stofer ’20 struggled with how to share her final work, which was completed in a secluded makeshift studio at home. She made her Plan in visual arts and philosophy, titled “Thinking with Others: Explorations in Philosophy and Painting, available on a Wordpress site. Jenny said, “My Plan was a process of closely examining the works of artists, both professionals and the ones in my lineage, and scholars of critical theory, moral theory, and others, and clarifying my own questions in relation to their work. My paintings, drawings, and writings are a realization of this goal.” Find Jenny's Plan work at jennystofer.com. 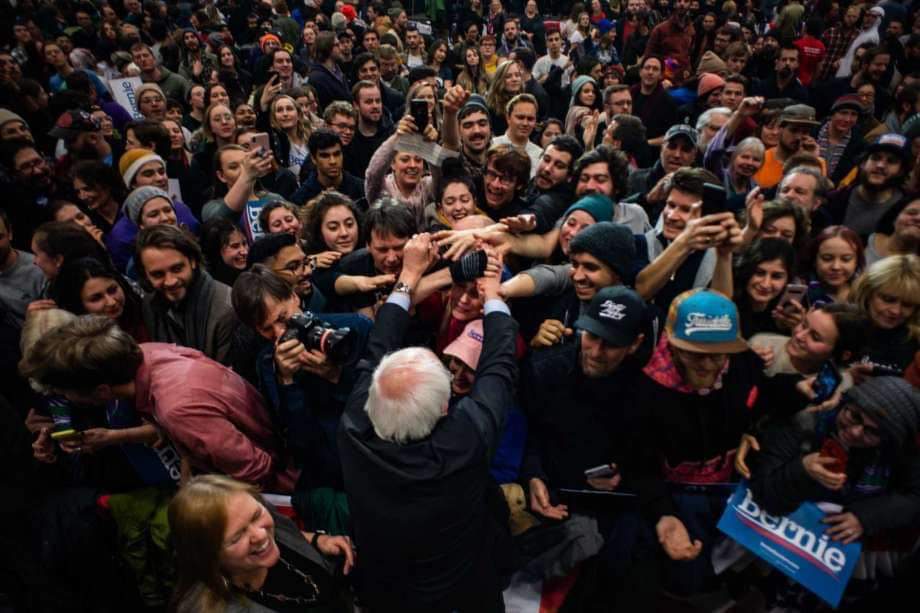 In May, creative writing and literature professor Bronwen Tate’s next book of poetry was selected as the national winner of the Hillary Gravendyk Prize. The Silk that Moths Ignore, “chronicles both loss and joy in its peculiar, sensual language, all the while keeping its focus on the mind’s movement as it tracks that which is beyond or below attention,” writes Jessica Fisher, one of the judges. “Here is a poet who ignores nothing, whose description brings us into the immersive space of experiences that are not ours, but are nonetheless felt fully. The lived and the linguistic find a common articulation in this work, given that the ‘tongue is word and taste;’ this is an exhilarating and perceptive book which values, as does Hillary Gravendyk’s own indelible work, the homes we make within both nature and language.” In addition to $1000 the prize includes a publishing agreement, with a scheduled 2021 release.

In May, film students presented their final works in an on-line film festival hosted by film and video studies professor Brad Heck ’04, and including work by Sam Harrison ’20, Merlin Katz ’20, Veronica Sherman ’20, Deana Seitz ’20, and David Teter ’20. It included a work-in-progress narrative film by Merlin, and involving most of those students and several others, called Hilbert the Bunny, a story of love, loss, and imaginary fauna. “My Plan examines and exemplifies the depiction of imagination in film,” says Merlin. “I write and produce a short film that utilizes elements of magical realism to illustrate a state of mind that cannot be conveyed through conventional acting or coverage, specifically to show how the imagination interacts with one's surrounding environment.” The festival also included a short film by Sam, whose plan to document the last semester at Marlboro (see Potash Hill Spring 2020) was curtailed by the coronavirus crisis. See Reflections on the Last Semester of Marlboro College.