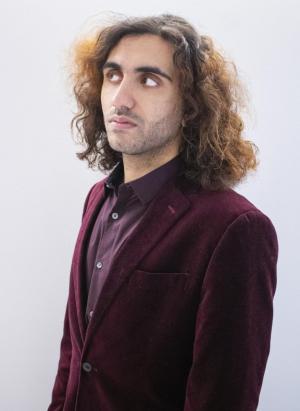 Felix’s depth of experience shows in his prolific and imaginative works. He has written over 60 art songs, eight operas, two string quartets, and a cantata. His Plan project, a contemporary opera based on Poe’s “Fall of the House of Usher,” was produced off-Broadway just months after his graduation. Since then, he pursued his musical education at Brooklyn College, where he received the Lehman Engel Award for his master’s thesis composition and fifth opera, Mother Goose.

Felix’s works have been praised as “experimental and beautifully composed” (Broadway World) with “lush and memorable melodies” (Operawire). His list of accomplishments includes performances at diverse venues such as Symphony Space, Feinstein's/54 below, the BAM! Fisher Hillman Studio, Roulette Intermedium, and Carnegie Hall's Weill Recital Hall. His works have been performed internationally by members of the Metropolitan Opera Orchestra and Chorus, the Atlantic Music Festival Orchestra, and the duo Unassisted Fold.

Felix’s song cycle Songs of the Soul Beams, which premiered at (le) poisson rouge in New York in 2018, explores the depths of loss and mourning and was inspired by the death of his father two years before. “While the inspiration behind this song cycle comes from a place of darkness, the work features inspiration and uplifting music inspired by influences such as Handel’s Messiah and Kanye West hip hop beats,” said Felix.