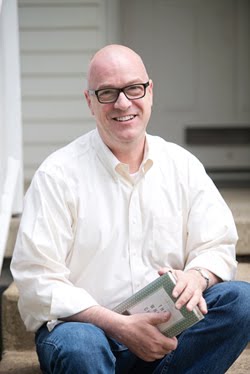 “As a preacher, I spend a good portion of my week studying the scriptures, and listening for what God has to say to us,” says Daniel Morrison, who has been the pastor of Huntingdon Valley Presbyterian Church in suburban Philadelphia for 14 years. “Week-to-week, I preach straight through entire books of the Bible. This forces me and the church to wrestle with the tough passages of scripture that are often skipped in other churches. It also helps us understand particular passages in their larger context.”

After completing his Plan on “historical, philosophical, and doctrinal aspects of Christianity,” Daniel taught philosophy for many years at New York Institute of Technology, Duquesne University, and Carlow University. In 2005 he graduated from Princeton Theological Seminary, where he won the Edward Howell Roberts preaching prize.

“In addition to my vocational work, I find time for avocational interests, most of which involves digging in archives and library stacks,” says Daniel. Two years ago, he was invited to address a Slavery and Race Seminar at Princeton, where he presented a paper on Theodore Sedgwick Wright, who attended the seminary prior to emancipation and wasthe first African American to receive a graduate degree in the United States.

“Earlier this year, I presented a paper to The Doylestown Institute on a popular 19th-century college song. That paper was titled, “Second-Hand Smoke: James Maurice Hubbard and the search for the elusive author and composer of ‘My Last Cigar,’ America’s second favorite song,” says Daniel, who is known to enjoy an occasional lazy cigar himself.