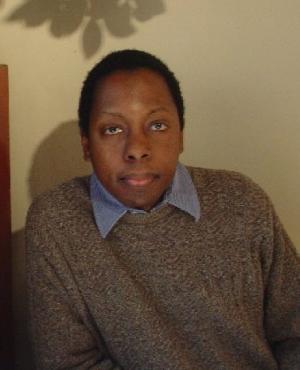 “If all humans have a book in them, then that holds doubly true for Marlboro alumni,” says Ron Mwangaguhunga, who completed his MFA in creative writing at Brooklyn’s St. Joseph’s College in 2017. Ron is a freelance digital journalist, with a beat in technology, politics, and the media. But he is also working on completing his novel started in grad school, and the coronavirus crisis actually afforded him more time for this.

“In a way it is an extension of my Plan—those ideas have never left me,” says Ron, who did his Plan on existentialism in Kierkegaard, Virginia Woolf, and Shakespeare. “Existentialism has a funny way of popping up during historical crises. Kierkegaard was an anomaly until World War I, when his philosophy gained attention. The fact that we are defined by our actions before ‘being’ has always stayed with me.”

Ron’s novel-in-progress personalizes Kierkegaard’s message through the story of a Sudanese refugee, who was conscripted as a child soldier before being adopted by an American family. It involves warlords, Big Oil, well-intentioned Midwestern evangelicals, and a small, beloved Vermont college that places a premium on self-initiative and community.

“What we owed the Marlboro community shaped each student’s experience differently. Everything from the ad hoc committees to the Plan of Concentration led to a community of ‘experts in their own thing.’ This shapes the way the novel is going, and how I engage with the current crisis as a writer. I’d like to think Kierkegaard would be cool with that.”