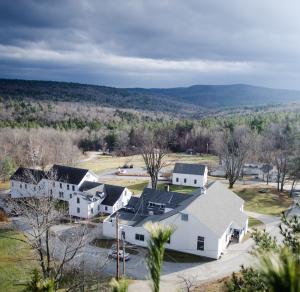 In response to community members concerned about the future of the Marlboro campus, the Campus Working Group made every effort to find another educational institution would build on the foundations that Marlboro College has so carefully laid. In June, the college signed a binding agreement on the sale of the campus to Democracy Builders, a non-profit organization that will launch an innovative new model of higher education dramatically improving outcomes for low-income and first generation college students. Like the Emerson alliance, this agreement is being reviewed by the Office of the State Attorney General’s Office, and is expected to be approved.

Pending state regulatory and accreditors’ approval, Democracy Builders’ “Degrees of Freedom”program will offer a hybrid degree that will bring cohorts of students to the campus for multiple residencies. Democracy Builders was chosen above all other proposals by the Campus Working Group (CWG), and trustees unanimously followed their recommendation.

“We are reimagining higher education, not tinkering around the edges,” said Seth Andrew, founder and CEO of Democracy Builders and founding president of Degrees of Freedom, as quoted in the Brattleboro Reformer. He believes the new model will “revolutionize the design and structure of college while bringing new energy to the beautiful hills of southern Vermont.” This new model, he said, is “a more nimble, personalized, and career-targeted model of higher education that aims to yield dramatically better outcomes for our students.”

Democracy Builders founded Democracy Prep, a network of 20+ high-performing public schools throughout the U.S. committed to educating citizen-scholars who are well-prepared for success in college and citizenship. Degrees of Freedom is born out of work with 10,000 K-12 students and, pending state approval, will create a wholly integrated path to a degree for students from hundreds of similar schools across the nation. The Degrees of Freedom model will also continue Marlboro’s self-governing tradition through bi-weekly town hall meetings similar to those already in place at Democracy Prep.

It will be a reassurance to many community members that the impressive academic and democratic legacy of Marlboro College is one factor that makes the location exciting. “It is a legacy of academic rigor and independent study that we are very passionate about,” said Andrew. “We believe passionately in democracy and right now it’s in jeopardy and needs a lot of support. We want to produce citizens who are prepared to function in our democracy, just as Marlboro College did.”