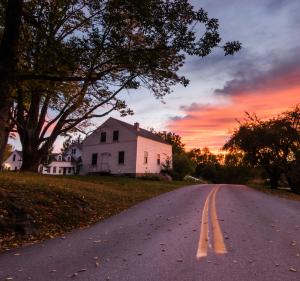 In May, the Marlboro and Emerson College Boards authorized negotiating and signing a binding agreement to form the much anticipated alliance that the two schools have worked so hard to develop over the last several months. This agreement was signed recently by Lee Pelton, Emerson president, and Kevin Quigley, Marlboro president, and is currently being reviewed by the Office of the State Attorney General’s Office for final approval.

"Given our strategic approach and deliberative process over the past few years, we expect that this transaction will be eventually approved," says Kevin Quigley. “Our faculty continue to prepare for this important transition, and we are very pleased that many of our students will be following them to Boston. We want to especially acknowledge the work of the joint faculty working group, involving both Emerson and Marlboro faculty, whose work will help ensure that Marlboro's pedagogy will endure at the newly named Marlboro Institute for Liberal Arts and Interdisciplinary Studies at Emerson College.”

Following a very successful student visit to Emerson in February, and continued support for making this transition, 53 students have said they will be moving to Emerson from Marlboro. In addition, Emerson has had 12 new students deposit for the Marlboro Institute, some of them who initially applied to Marlboro College for 2020 and others who applied directly to Emerson. These numbers hold some promise that the newly named and expanded institute will grow and thrive. For students who were not continuing on to Emerson, Marlboro was able to negotiate five transfer agreements with other colleges, with the same tuition at the same level, including three in Vermont.

There were countless individuals who played a vital role in forging the Emerson relationship. In typical Marlboro fashion, this has been a community effort involving students, faculty, staff, alumni and trustees, as well as members of the extended community. Marlboro was also greatly supported by colleagues at Emerson who have demonstrated an unwavering commitment to continuing Marlboro’s mission, vision, and relevance on their campus, in spite of the enormous challenges to higher education during this COVID-19 pandemic.

“We recognize that all of us would prefer that Marlboro College remain as is on our beautiful campus in the foothills of the Green Mountains,” continues Kevin. “We are, however, very fortunate to have found a path that both continues our distinctive liberal arts mission at Emerson and offers an opportunity for an innovative, mission-driven education program to take root here on the Hill.”