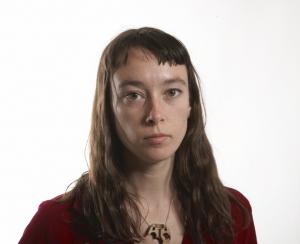 “The pervasive violence against Native American women in this country, is intolerable—yet it has become normalized,” says Willow O’Feral in an article (Spring 2015 Potash Hill) coauthored with her partner Brad Heck ’07 (see Also of Note) about their film Sisters Rising. “The primary goal of the documentary is to raise awareness of the issue and humanize the statistics by sharing the stories of survivors who are actively fighting for positive change.”

Graduating with a Plan in film/video studies and French, and a veteran staff member of retired film faculty Jay Craven’s Movies from Marlboro program, Willow is an unflinching social justice documentarian who daylights difficult subjects and makes them accessible. Her debut feature film was Break the Silence: Reproductive & Sexual Health Stories, highlighting the experiences of diverse Vermont women and awarded the 2018 Choice Champion Award from Planned Parenthood of New England.

“This documentary should be seen and digested by anyone with a pulse,” says Donna Macomber, executive director of the Women's Freedom Center. In November 2018, Willow presented a screening of Break the Silence in Ragle Hall, followed by a panel discussion by women from the film, and is now available to universities, high schools, libraries, and nonprofits across the country through New Day Films.

Meanwhile, Sisters Rising won an Honorable Mention when it premiered at the Big Sky Documentary Film Festival in February 2020. The film was selected as a featured film for seven film festivals this year and was scheduled for 15 screenings across the country prior to the coronavirus health crisis.